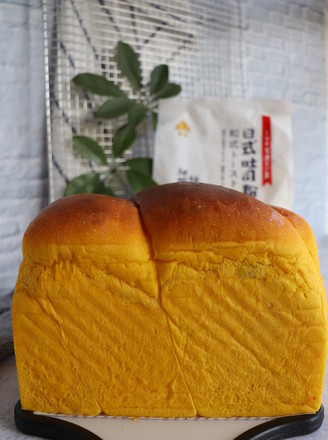 Pumpkins can make many delicacies, and now it’s the season when pumpkins are on the market. Naturally, I want to use pumpkins to make some delicacies to eat. After thinking about it, I might as well use pumpkins to make a pumpkin raisin toast.
This toast uses the soup method. Although it is made by fermentation at one time, the finished toast is quite amazing and super soft. The taste of pumpkin is mixed with the sweetness of raisins, which is not too delicious.
The original formula is from Ergou mother, the dosage is adjusted according to the actual situation

1. Prepare the ingredients you need 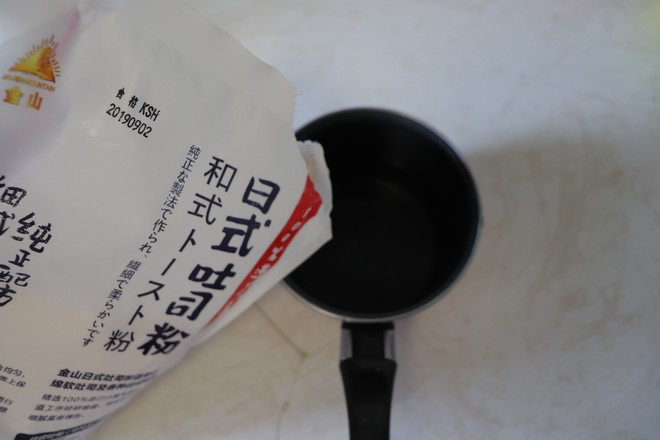 3. Stir a little with a spatula, put it on the induction cooker, turn on a small fire, stir while heating, and stir it into a thick paste. Let cool at room temperature and set aside 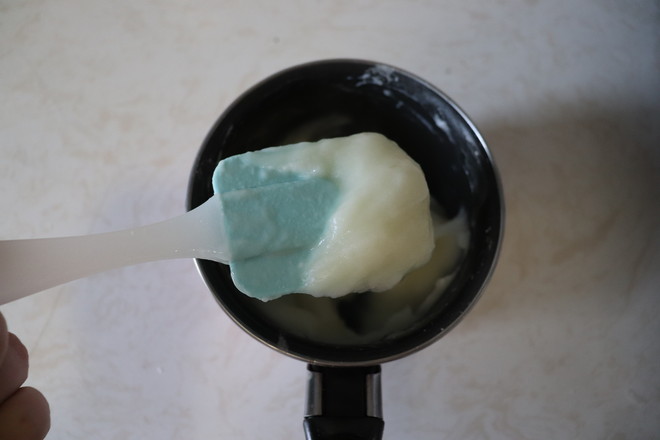 4. Cut the pumpkin into small pieces, steam it in a steamer, stir into a puree for later use 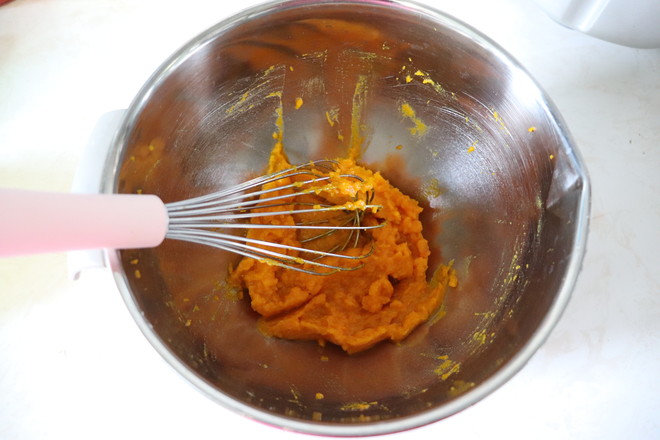 5. Put soup seeds and pumpkin puree in the bread machine 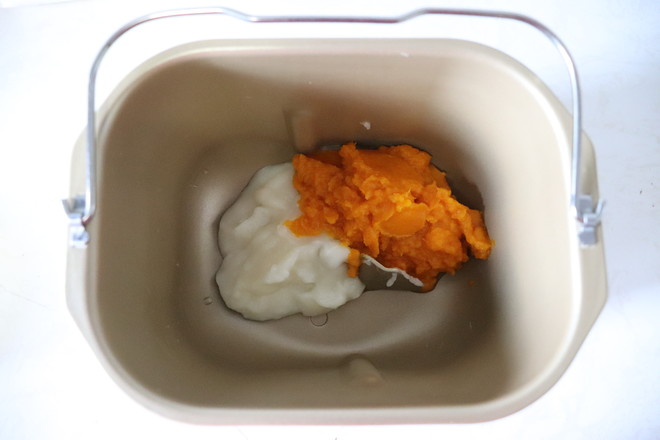 7. Sugar and salt are placed on the opposite corner of the bread machine 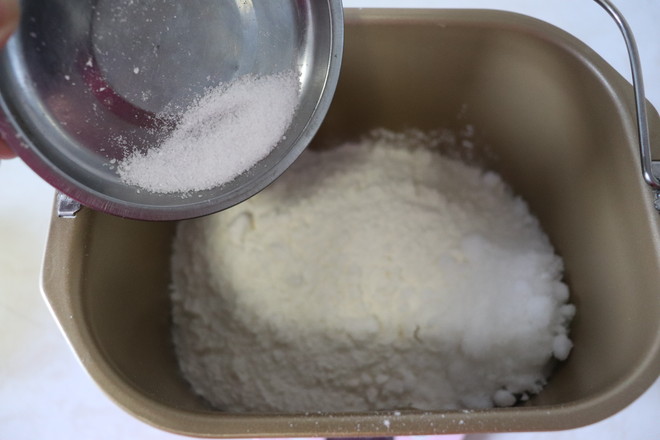 8. Dig a hole in the middle to put high-sugar-tolerant yeast into it, turn on the kneading program of the bread machine and start kneading 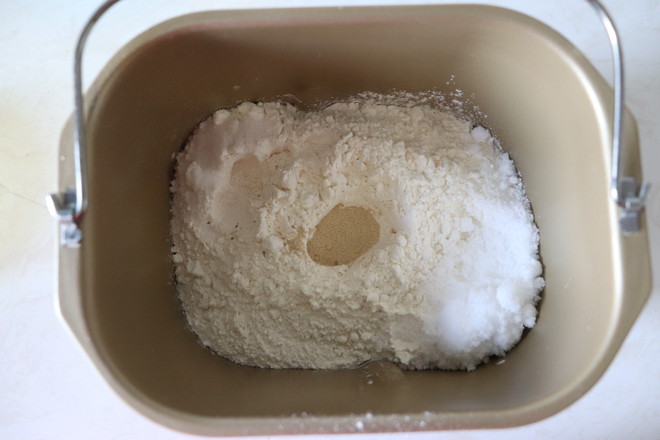 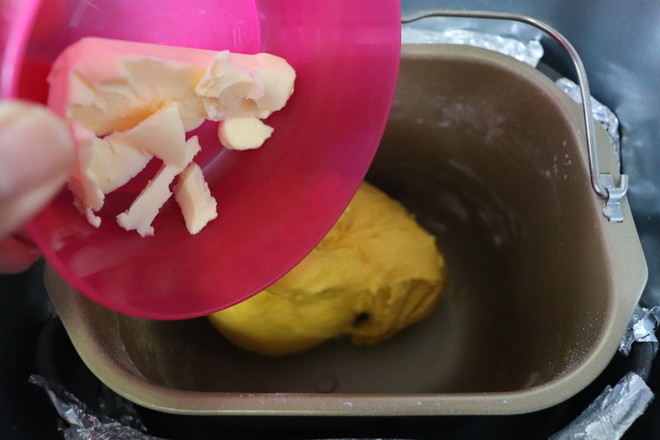 10. Use scissors to cut a small piece of kneaded dough, check whether the glove film can be pulled out, if not, knead it for a while 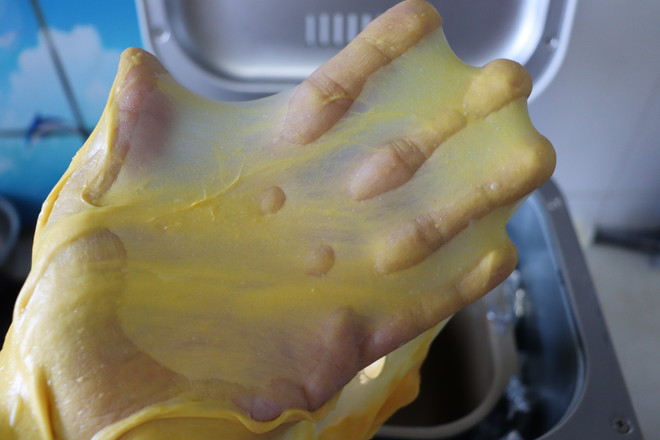 11. Put the dough on the panel, gently press the exhaust, and divide it into 2 equal parts. Cover with a safety film and let it stand for a while. This recipe contains a lot of water. If the dough is too sticky during the operation, you can sprinkle it on the console A small amount of flour to prevent sticking 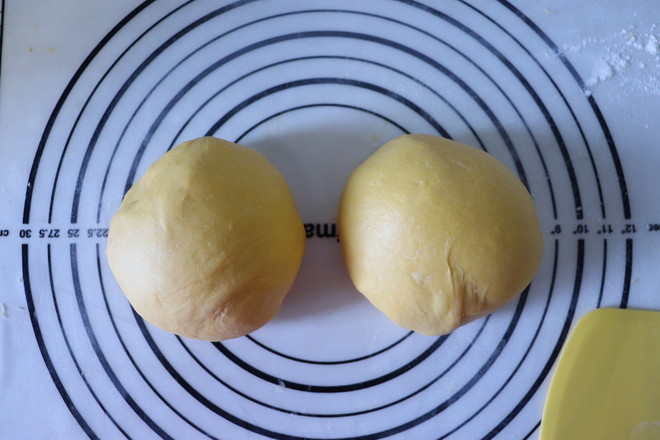 12. Put the raisins in a bowl and soak for a while, wash and dry, and set aside 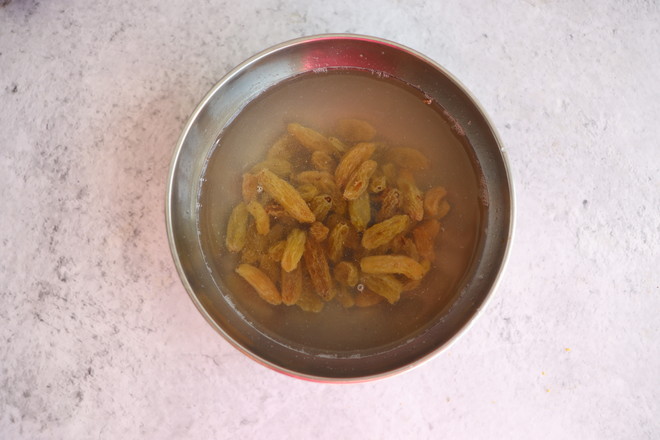 13. Take a portion of the dough, roll it into a tongue shape with a rolling pin, and sprinkle an appropriate amount of raisins on it 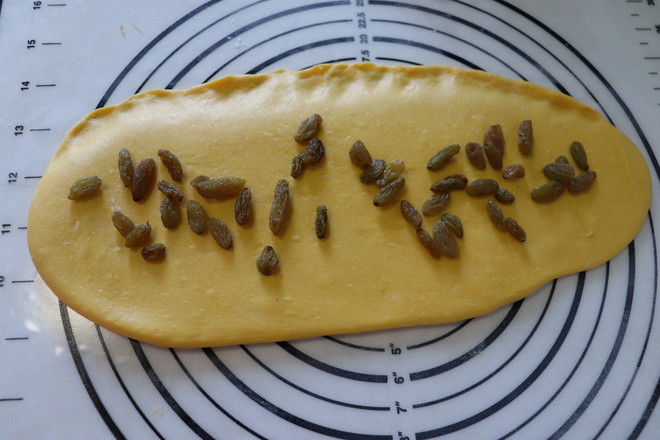 14. Roll up, pinch tight at the end, and operate another dough in turn 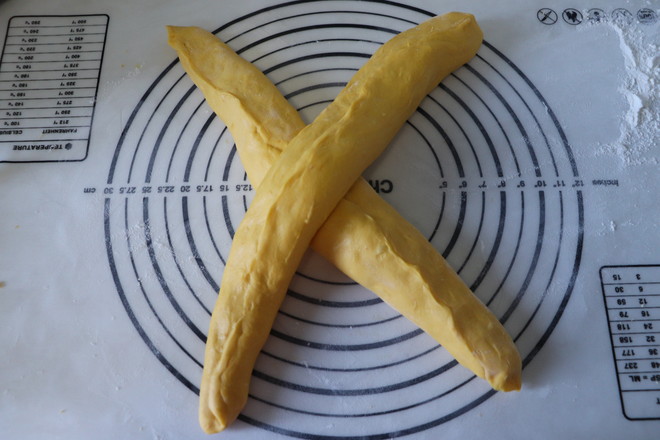 16. Take the center as the fixed point and twist together, similar to twisting 17. Put the dough in the toast box, tidy it up, ferment, the temperature is about 40 degrees, about 1 hour, the dough will ferment until the toast box is 8-9 minutes full 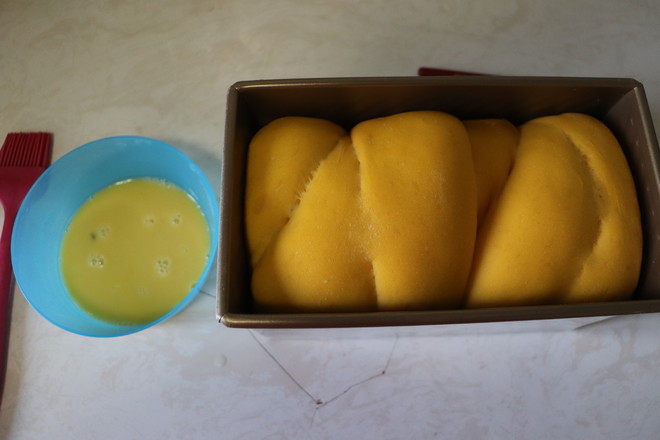 18. The surface of the dough is lightly brushed with a layer of whole egg liquid or not 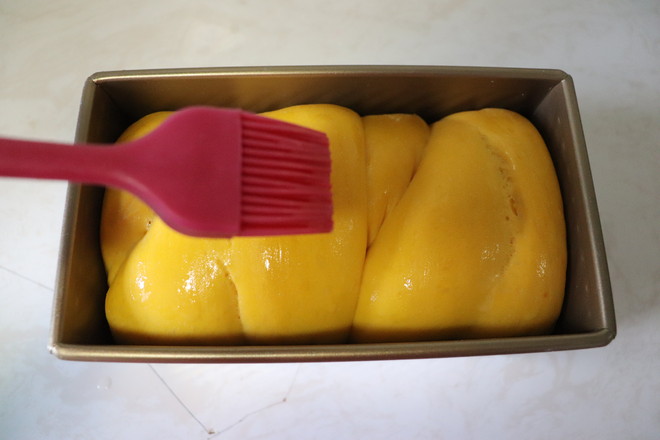 19. Preheat the oven, heat up and down, 175 degrees, put the middle and lower layer, bake for 40 minutes, and cover with tin foil in time after the color is satisfied 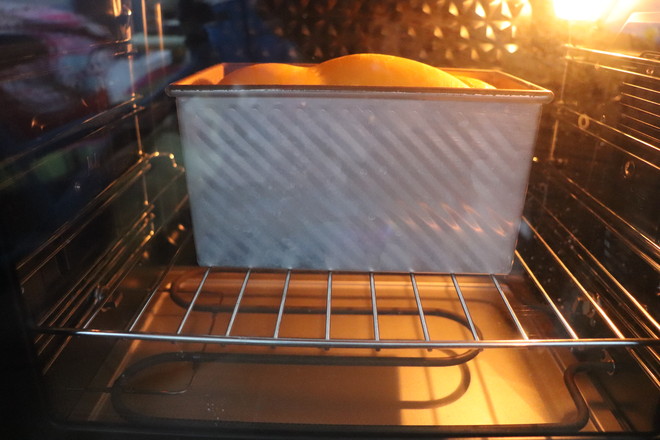 The water content of pumpkin puree is different. You can increase or decrease the amount of flour appropriately. You can freeze and store the toast if you can’t finish it. 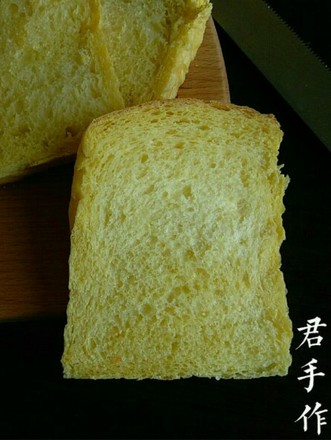