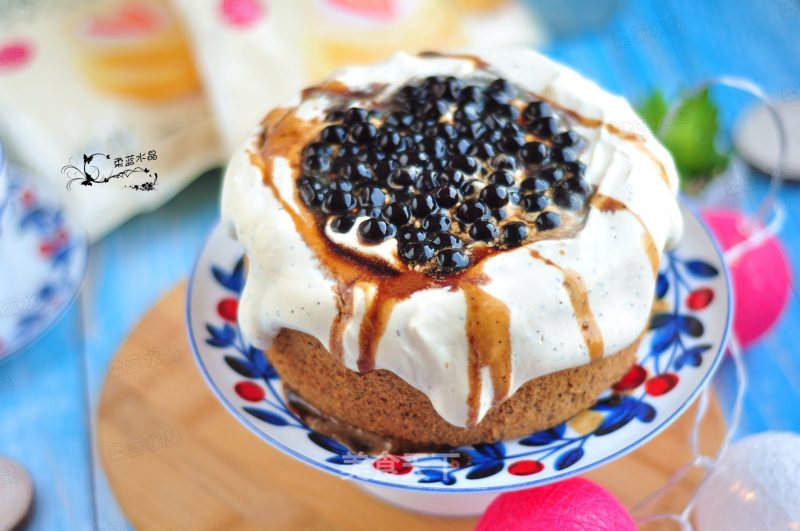 A while ago, pop cakes were especially popular in some small videos. Later, brown sugar pearl cakes were derived. Brown sugar pearls became a big hit with this stupefaction. If you want to eat an Internet celebrity cake, the price is so expensive that you can eat it I was shocked, so I’d better make it at home, choose good ingredients, and make the cakes that are no worse than the ones bought outside, and they are particularly satisfying to eat.
Don't think this cake is difficult to make. In fact, it consists of three parts. The black tea cake embryo is especially delicious even if it is eaten alone. You can make it one day in advance. The next day, just boil a pearl and cover it with milk. When the knife cut the cake, the pearls poured down along with the milk cover, which was spectacular. Taste the blend of these three combinations again, the creamy milk cover, the soft cake with the aroma of black tea, and the Q bomb pearls that remain in the mouth at the end, it is worth the trouble. " 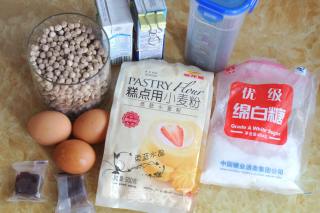 2. Heat the milk slightly, add the black tea and stir well, let it cool down. Then add egg yolk and salad oil and mix well. 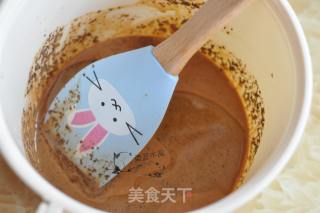 3. Sift in the arowana pastry and stir well with wheat flour. 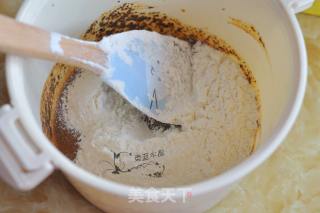 4. Add 45 grams of sugar to the egg whites in two portions, beat until stiff foaming, and mix well with the batter. 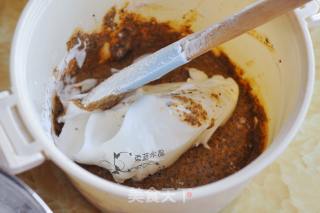 5. Pour into a 6-inch chiffon mold, shake out bubbles, put in the oven, and bake at 160 degrees for 45 minutes. When out of the oven, buckle upside down and let cool for later use. 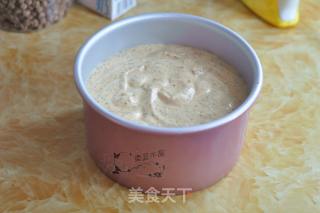 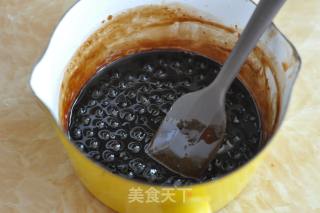 7. Finally, make the milk cap. Make black tea milk according to the ingredients, add whipped cream and sugar after cooling. 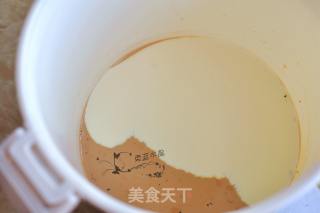 8. Beat until the milk cover becomes a little larger, it can flow slowly, put it in a piping bag and put it in the refrigerator for later use. 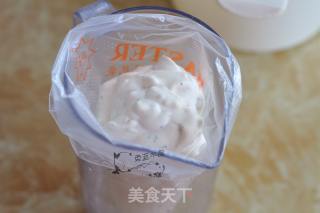 9. After the cake is unmolded, cut the surface smoothly, cut out a part of the middle of the cake after inverting the button, fill in some milk cover first, and then cover the cut cake. 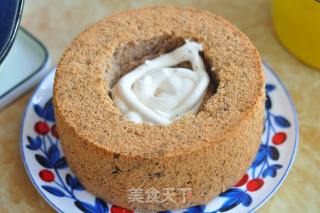 10. Then squeeze the milk cover over the surface of the cake in a circular manner, and fill the center with drained pearls. 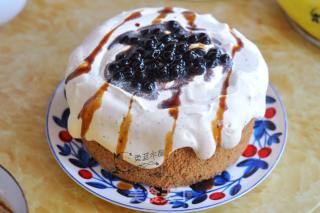 1. After the milk is heated, add black tea to make the aroma. No matter which ingredient is added to black tea milk, let it cool before using it.
2. Pearls can be bought off-the-shelf, if it is troublesome to make them now, this is easy to fail.
3. The brown sugar pearls should not be boiled too viscous, but a little bit of broth, because it will become thicker after cooling. Put the syrup on the cake first, otherwise the layering with the milk cover will not be obvious.
4. Don't let the milk cover take too long, it's easy to overdo it, and it won't flow. 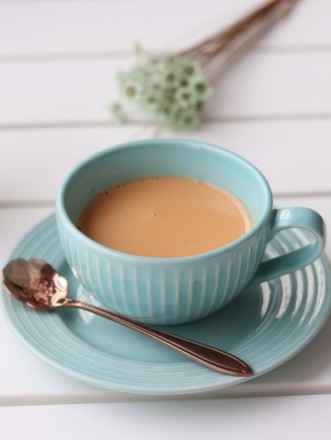 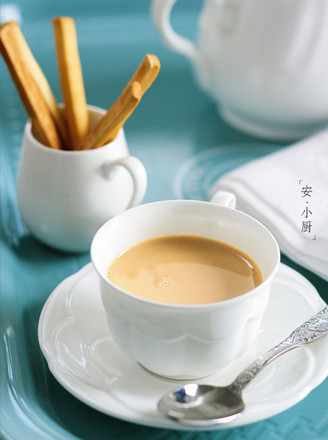 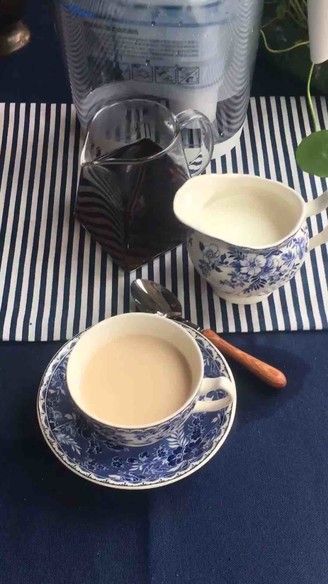 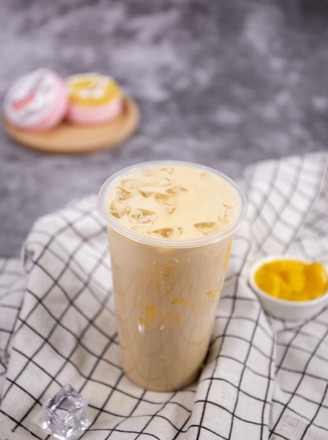 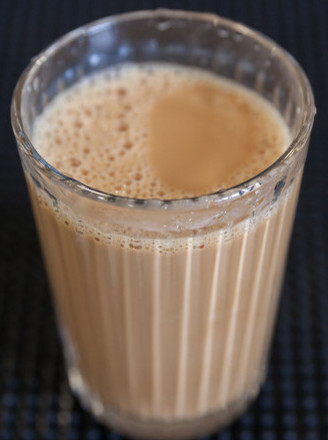 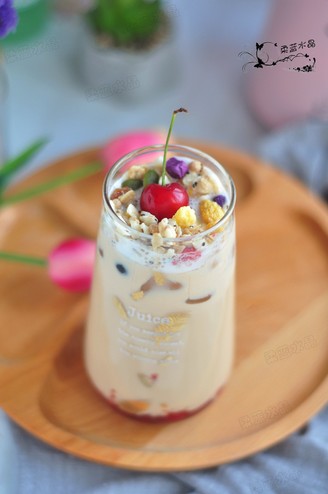 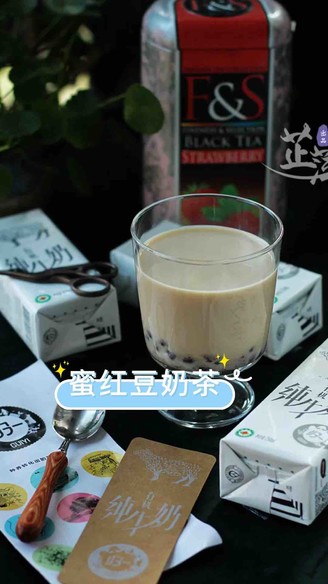 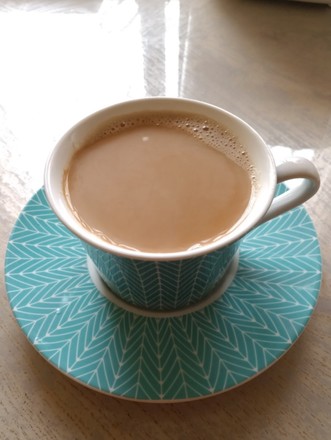