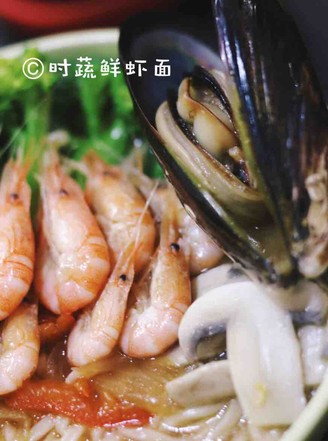 by Spread the snack light

I didn't eat noodles much since I was a kid, and I didn't think noodles are really a versatile delicacy until I came to Huzhou to attend college! A bowl of lo noodles, covered with all kinds of side dishes you like: potato shreds, pork liver, fried fish, hot pepper beef tenderloin, fragrant dried mustard tuber, various shrimps... I will definitely eat it once or twice a week. And now I can do it myself, but I can't restore the taste of that time. Maybe this is the time!

1. ＊I bought 6 mussels (not all of them). A family of three and two of them. Sliced garlic and ginger and forgot to take pictures. The others are cut as shown. 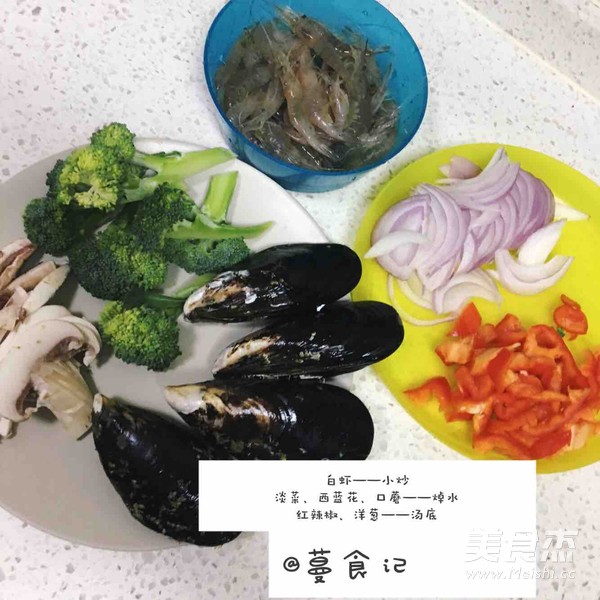 2. ＊Boil water in a milk pot, add broccoli and mushrooms to blanch the water after boiling, remove and put on a plate for later use.
＊The remaining water is used to cook the noodles. Add a small amount of salt to the water before the raw noodles are boiled, and add water to boil once or twice. (According to the thickness of the noodles) During the cooking process, prepare the noodle soup and side dishes.
(I bought the raw noodles thinner, because the vines are also eaten, and they will be cooked once you put it in water) 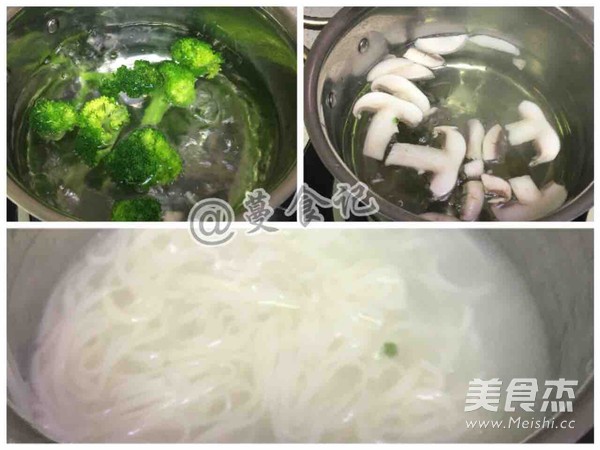 3. ＊Hot oil in a wok, stir fragrant with garlic and ginger, then add river prawns and stir-fry. After the color changes, add a small amount of salt and oil-consuming rice wine to taste. Put it on a plate for later use. 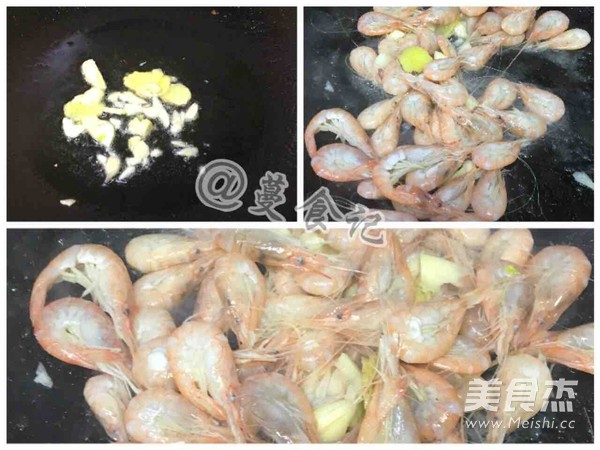 4. ＊After frying the river prawns, wash the pot and heat the oil, add garlic and ginger to fragrant, add onions and red peppers and stir fry until the onions become transparent. Heat water to boil the soup. (Three bowls of noodle soup need at least 1/3 pot of water, but also consider evaporating while cooking)
＊After boiling, add a spoonful of oyster sauce, a spoonful of light soy sauce, a small amount of salt, and cook for a little while to taste.
＊Add mussels and broccoli while the soup is boiling, and cook until the mussels open and the broccoli is flavorful (pour the broth on the side dishes while boiling). 5. ＊When the soup is cooked, the noodles should be cooked. Take a large bowl, first pick a large half bowl of noodles, then pour the soup with onions and peppers, and add your favorite side dishes-two mussels, a row of broccoli, and mushrooms A few slices, the more shrimp the better! 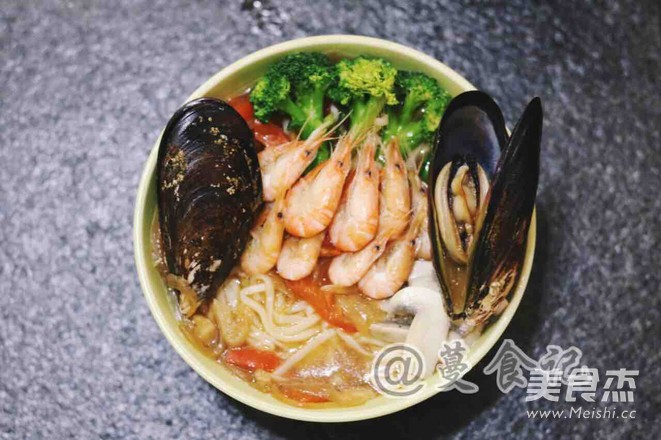 6. ＊If the baby has a small appetite, come to a small bowl in the same order. If you don't like to eat, you can give her less. The mussel shells are peeled, it is best to cut into small pieces. 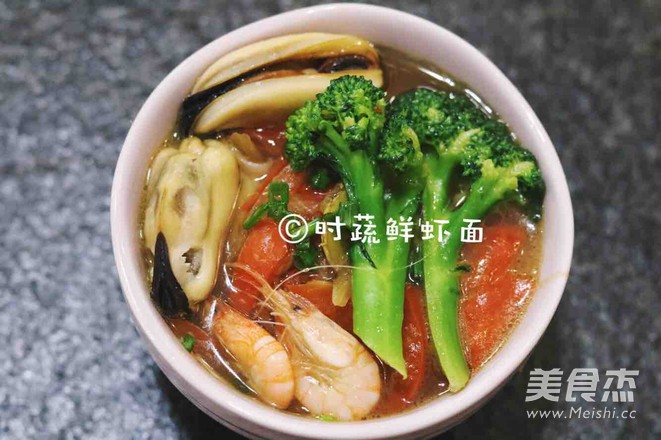 ＊In the whole process, you have to boil the soup while you cook the noodles. If your noodles become soft, you can boil the soup first, then simmer it on a low heat, and then concentrate on cooking the noodles. ＊Red pepper can be replaced with tomato, other can also be replaced, clams, abalone, shrimp, celery, dried lettuce and small mushrooms. ＊If you like light, you can just boil the shrimp in the soup instead of frying 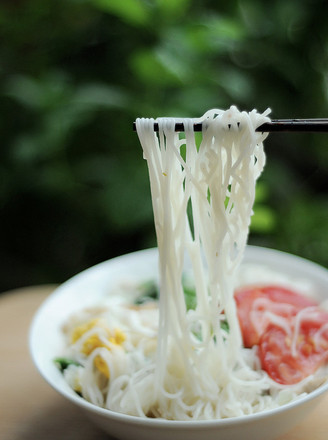 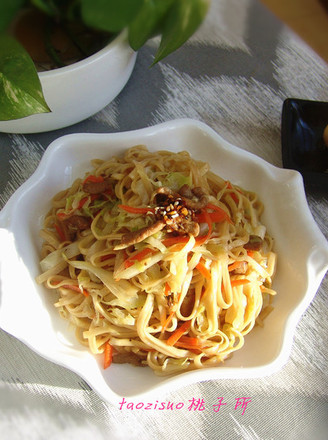 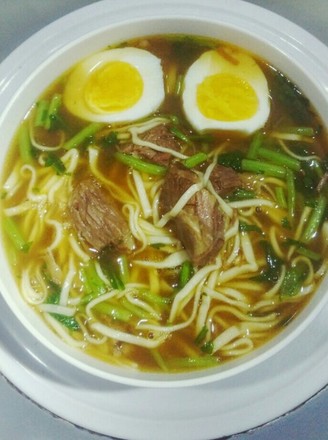 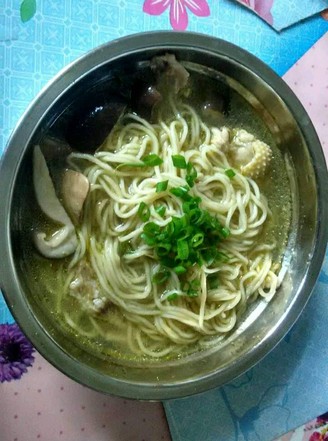 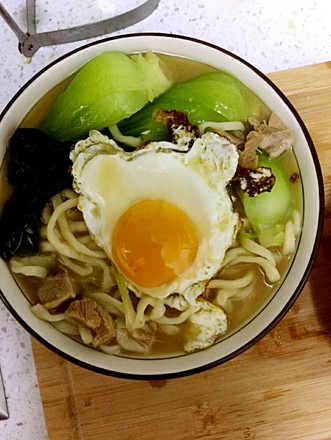 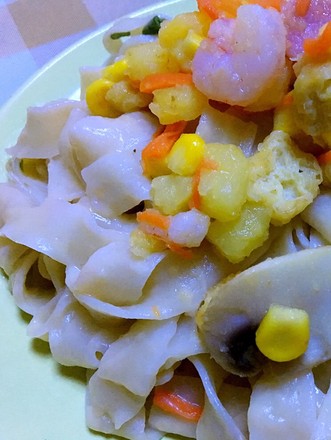 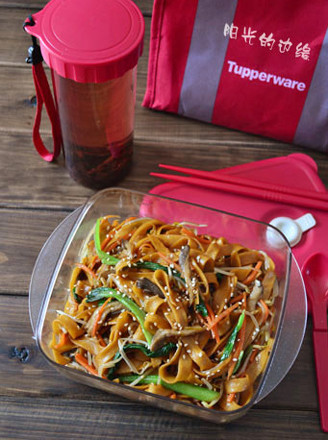