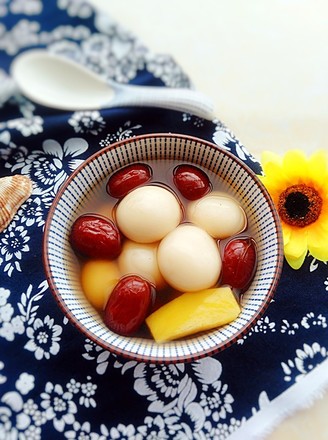 Ginger is pungent and warm in nature, and has many effects such as dispelling cold and sweating, resolving phlegm and relieving cough, harmonizing the stomach, and relieving vomiting. There are folk sayings that "three slices of ginger in the morning, drink ginseng soup after a match" and "October ginger small ginseng".
Brown sugar contains about 95% of sucrose, retains more sugar cane nutrients, and is easier to digest and absorb by the human body, so it can quickly replenish physical strength and increase vitality, so it is also called "Oriental Chocolate", which contains not only Thermal carbohydrates also contain malic acid, riboflavin, carotene, niacin, and trace elements such as manganese, zinc, and chromium, which are indispensable for human growth and development.
Jujube contains very high vitamin content, and has the reputation of "natural vitamin pill". It has the effect of nourishing yin and nourishing yang, and has a better effect of nourishing blood.
This red date ginger glutinous rice dumpling is very suitable for female friends to eat. It can improve the symptoms of cold hands and feet. It can also warm the stomach and dispel cold, beautify the skin, nourish blood and replenish qi and prevent influenza. 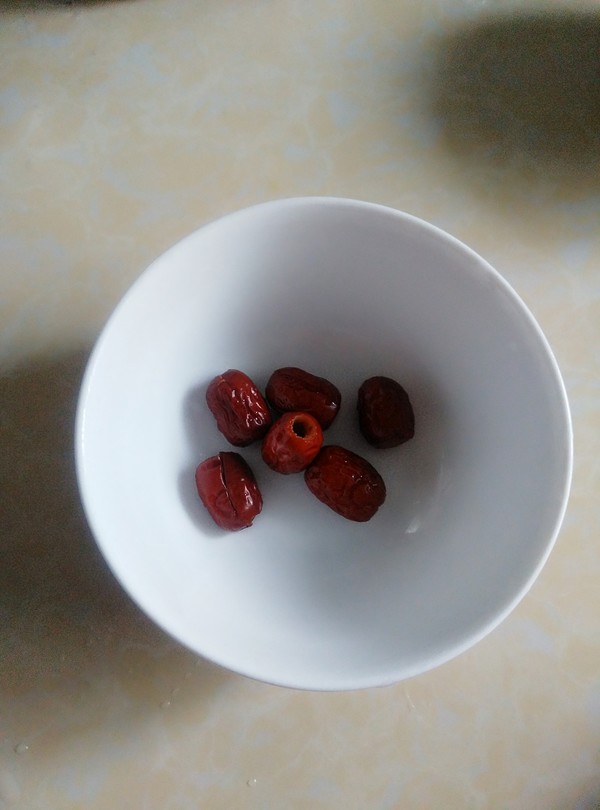 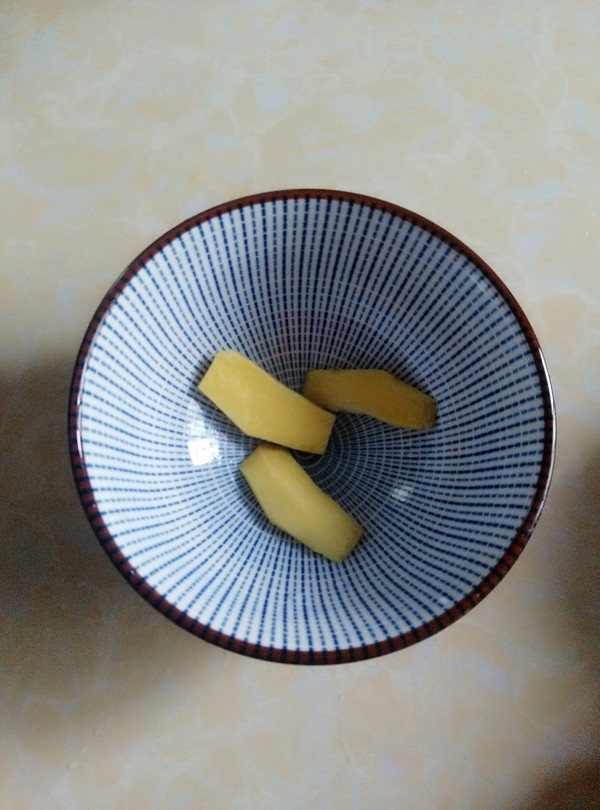 4. Pour clean water into the pot, add ginger slices and red dates, boil on high heat and turn to low heat and cook for 10 minutes 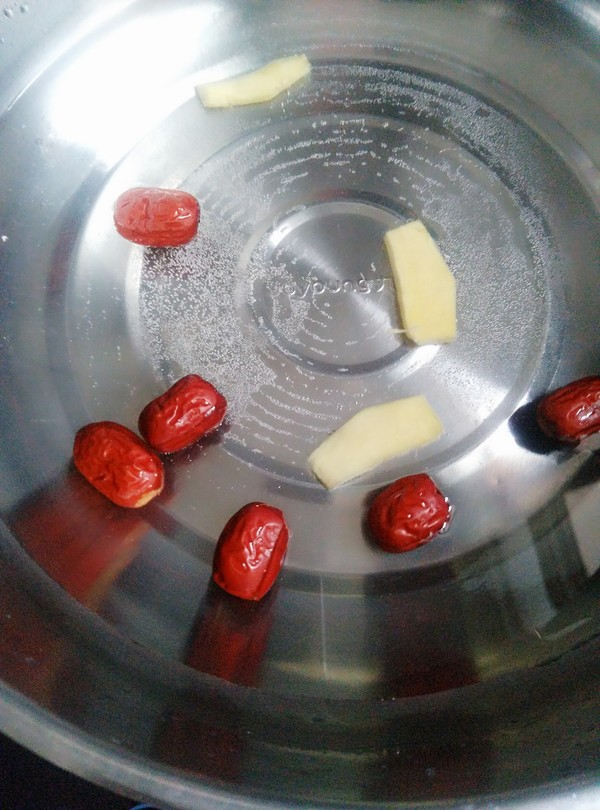 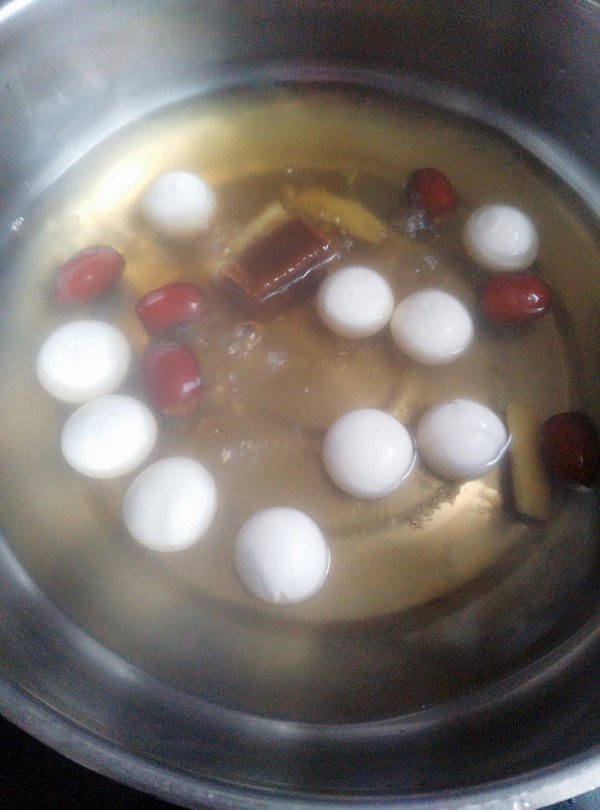 6. Cook until the glutinous rice balls float, ready to be out of the pot 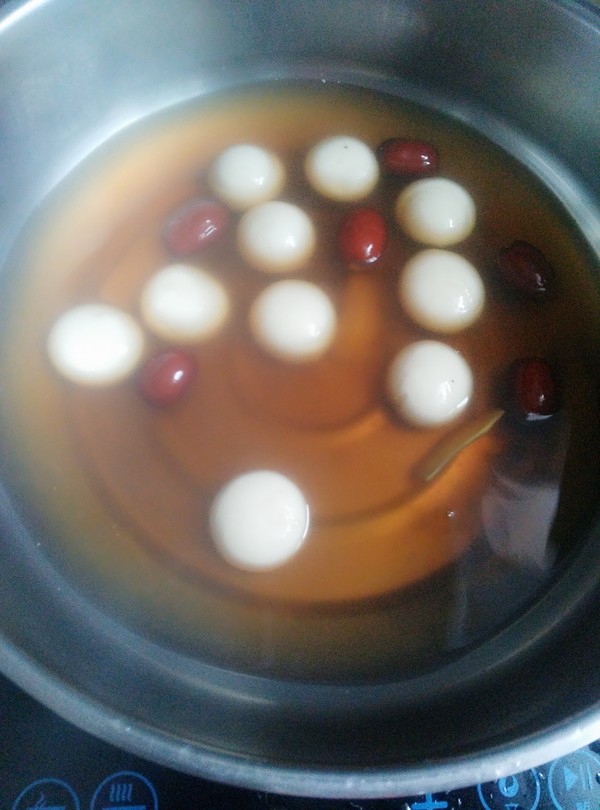 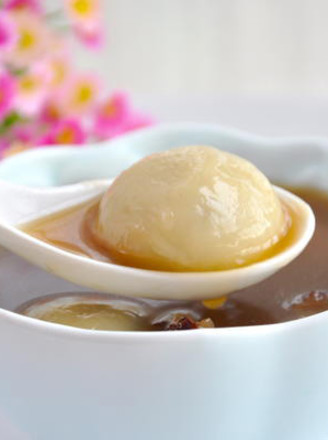 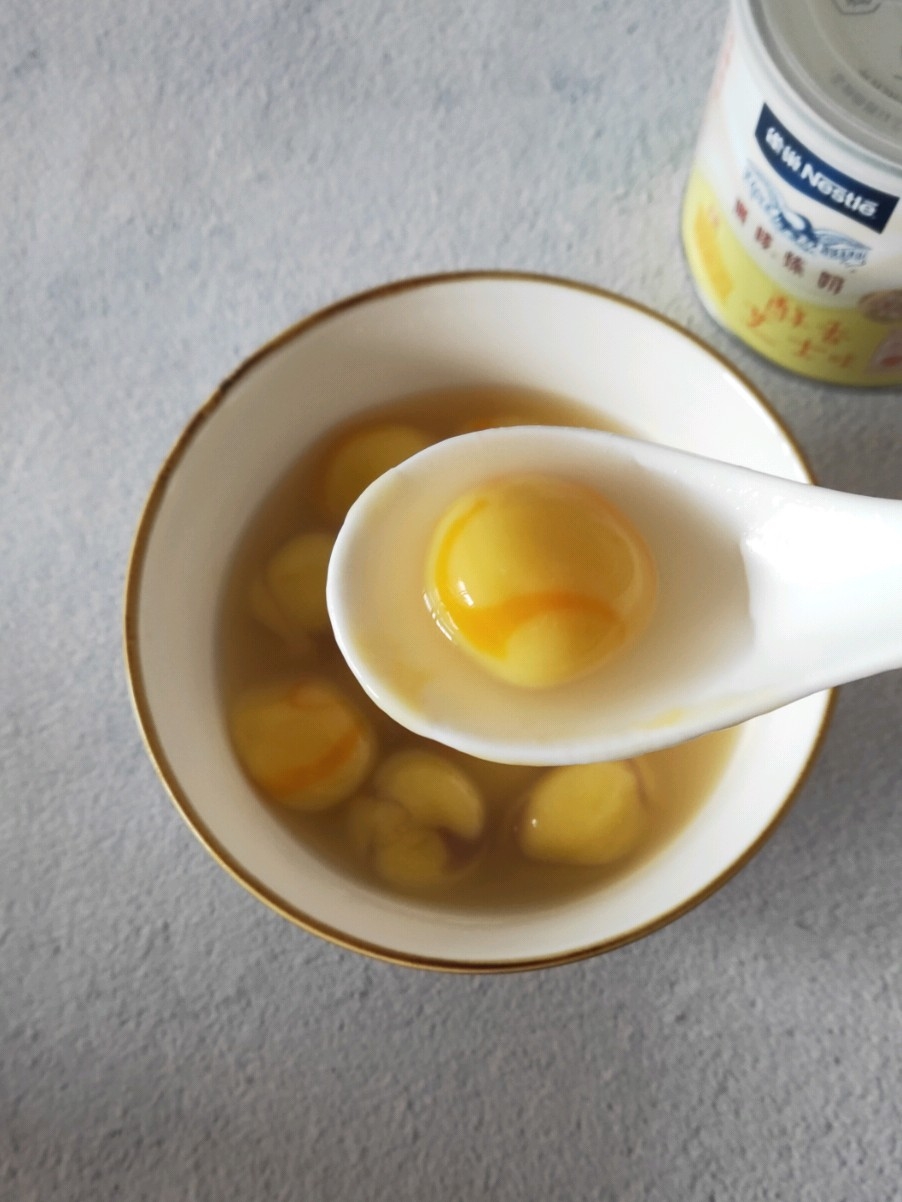 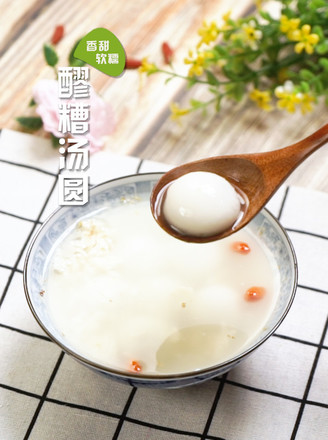 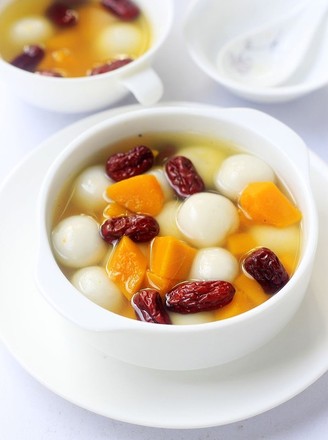 Dumplings with Red Dates and Pumpkin 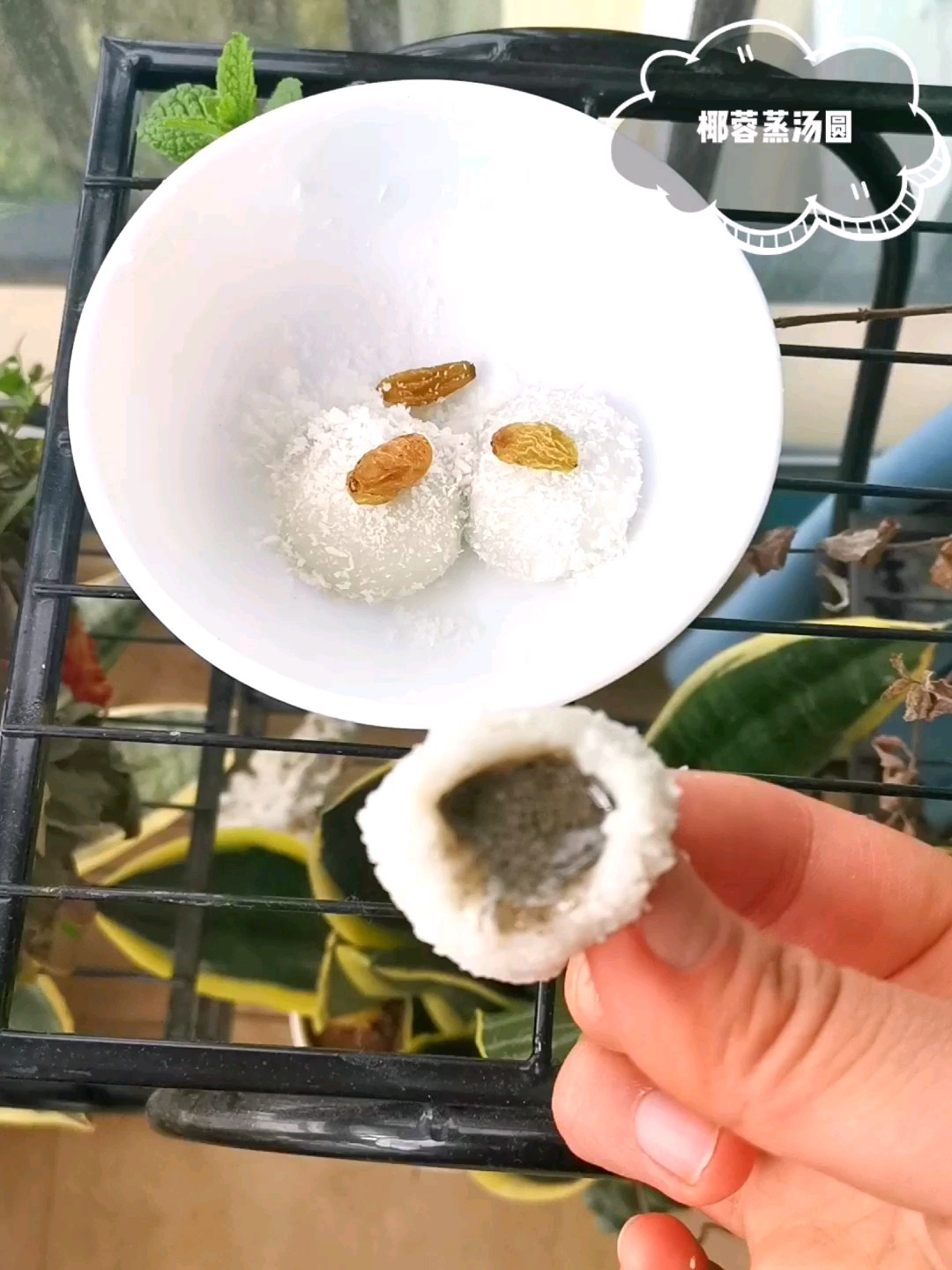 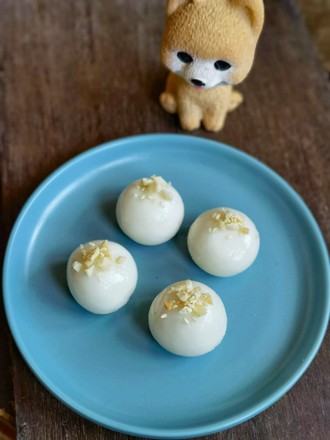 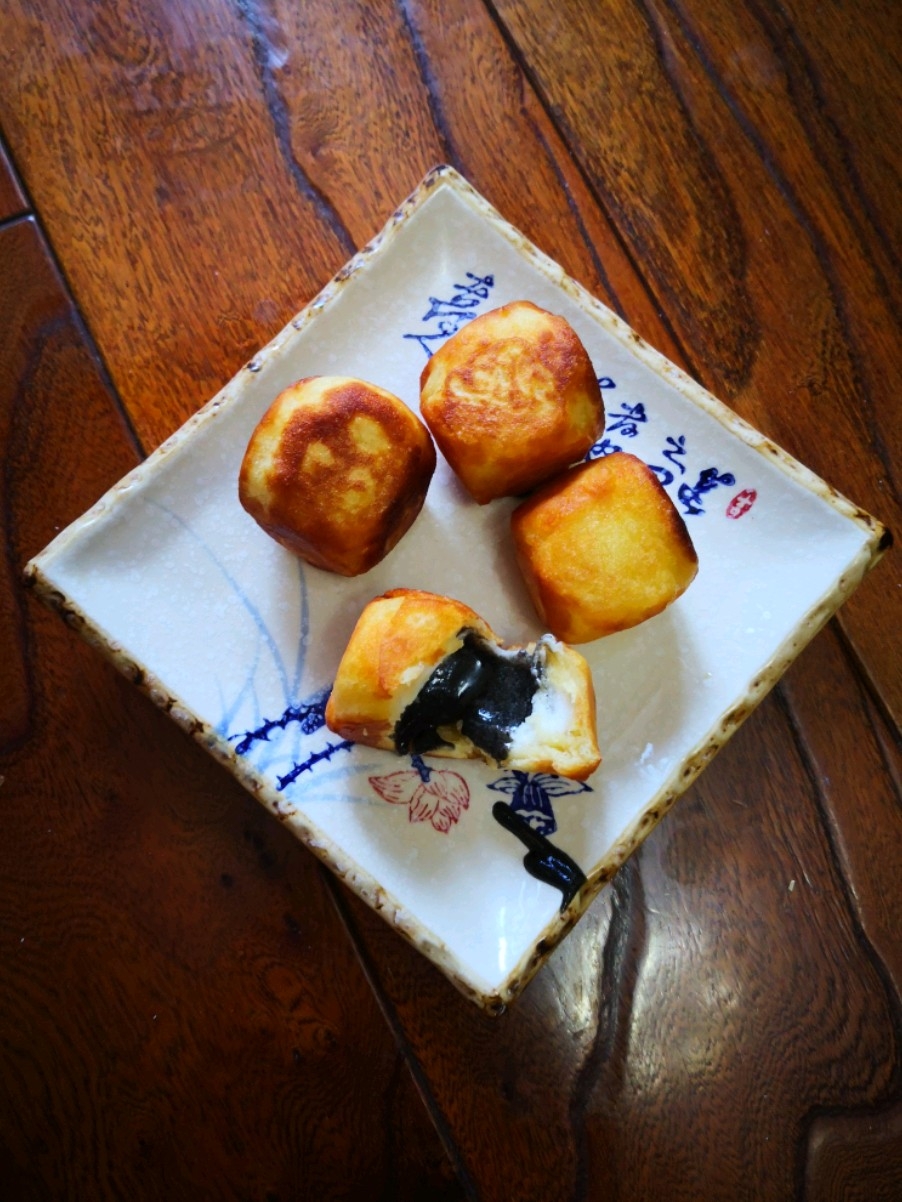