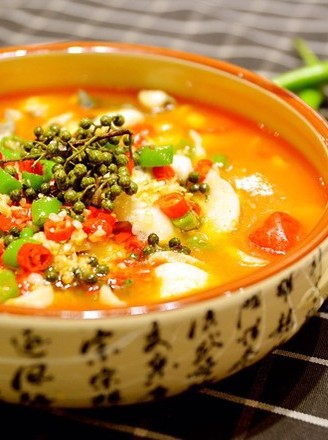 As an authentic northerner, the plot of spicy food also comes down to the Sichuan restaurant that my father took the whole family to when I was young. That was also the first time I had the so-called authentic Sichuan cuisine boiled fish with my taste buds blocked~

Heavy oil, heavy spicy ~ The fish meat is smooth ~ but always lacks a little aura ~ When I grew up, I went to Chengdu, Chongqing, where I can eat with my loved one~ I really realized that this boiled fish breeds Sichuan cuisine. The broad and profound.

Every northerner who arrives in Chongqing for the first time~ will be moisturized by her warm and humid air, dizzy by her weird street, and will eventually be overwhelmed by her fragrant food ~ spicy duck head, sauced duck goods, everywhere The hot pot and chicken miscellaneous shops on the main street ~ of course the authentic boiled fish in the Sichuan restaurant ~ are all filled in this short trip ~ and they are still talked about for several years, and the saliva is flowing.

After eating the authentic boiled fish in Chongqing, you will know the aura inside. In addition to the chef’s cooking skills, the most important thing is chili. The chili in Chengdu, Chongqing is full of spirituality. Its spicy is full and rich, and it is progressive. The sweetness and fragrance make each person have a sense of practical happiness~ Therefore, if you want to make authentic boiled fish, you will have spirituality with Sichuan's unique pepper~

Today, Mansi Classroom will introduce a new style of boiled fish for everyone! Even if there is no authentic Chongqing chili pepper in the family, under the innovative method of Teacher Han, you can make very healthy and delicious boiled fish! (Eight times~ Today we have one fish and two food~ There is nourishing fish soup made from fish bones) 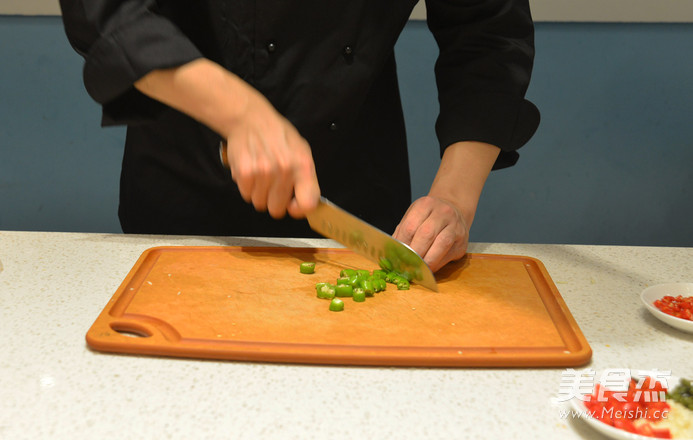 2. Cut off the fish head, use scissors to cut the fish head from the middle, the knife is close to the middle fish bone, and the fish fillet, remove the thorns on the fish belly, fill the fish into slices, and chop the fish bones into pieces for later use. 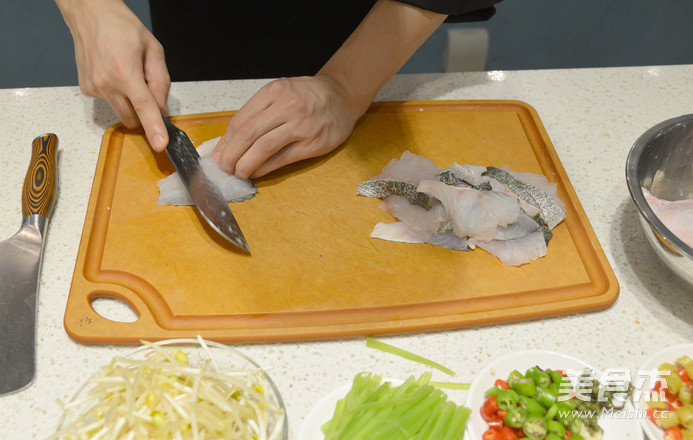 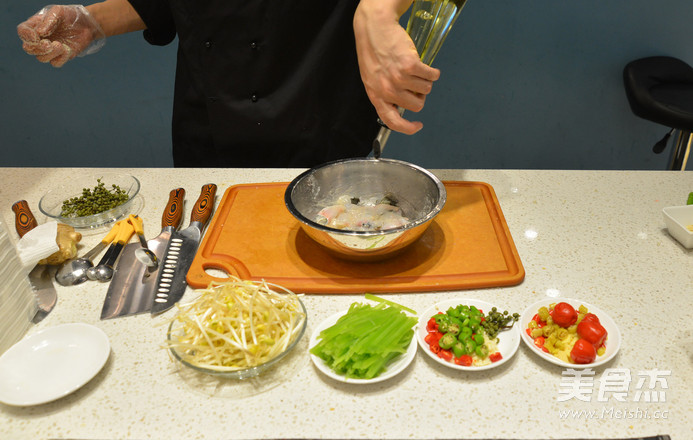 4. The method of fish soup is very simple~ Let’s make it first. Heat the frying pan and add a little oil, put the washed fish bones in, fry them, add crushed white pepper and ginger slices and fry them until the fish bones are golden. There is a pot with 2kg hot water. Let's start simmering gurglingly~ 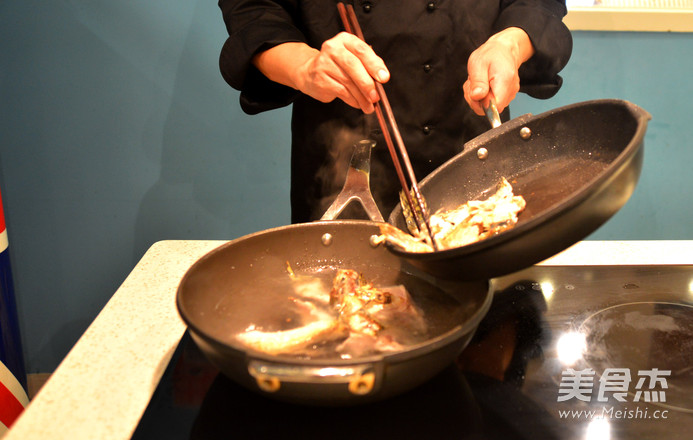 5. Next we will start to make this new style boiled fish! The key to becoming a new school is to put very little oil! With easy-to-buy peppers! Heat the pot and put a small amount of oil, put your hands on the pot and check the temperature. Wait for the oil to heat up soy bean sprouts and green bamboo shoots and fry until broken. Add 2g salt, 1g chicken powder, 1g sugar, and put in the bottom of the pan. . (Generally, boiled fish only contains soybean sprouts. For health, we add refreshing shredded bamboo shoots) 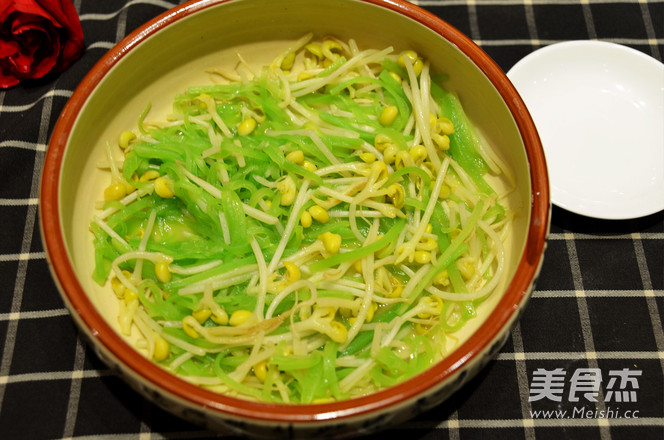 6. Heat the pot and add a small amount of base oil, put your hands on the pot and check the temperature. After the oil is hot, add the sliced ginger, minced fresh millet red pepper, minced wild mountain pepper, red bell pepper, red pepper paste 10g and yellow bell pepper Stir 10g of sauce over high heat until the color turns red. Add about 2kg of water to the pot; when the water is boiling, add 1g of salt, 1g of chicken powder, and 1g of pepper. 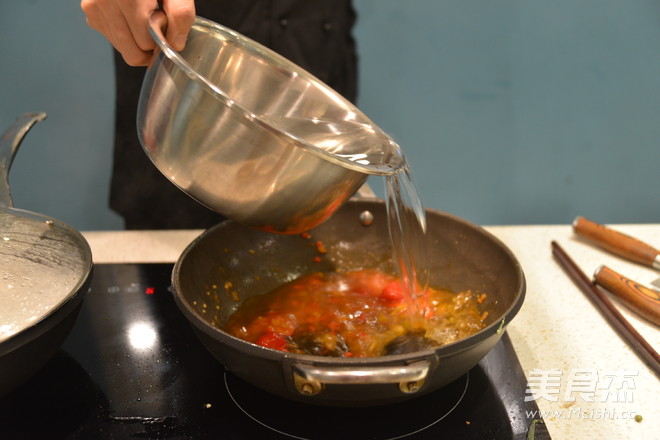 8. The last step! Heat the pot and add a small amount of oil, put your hands on the pot and check the temperature. After the oil is hot, add the delicious minced peppers, broken green peppers, minced garlic and fresh peppers, (remember you must have fresh peppers) and fry it out of the pot!

9. After frying the fragrance out of the pan, pour it on the cooked fish. Now the spicy and spicy flavored fish is ready. 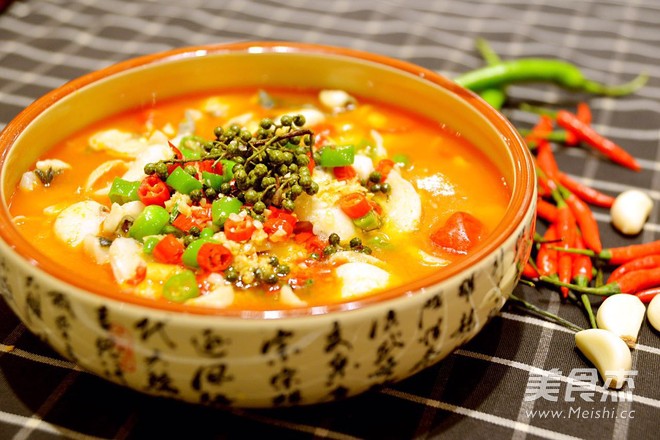 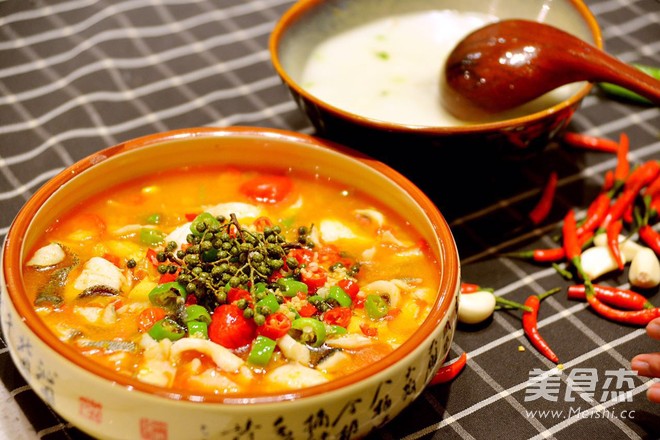 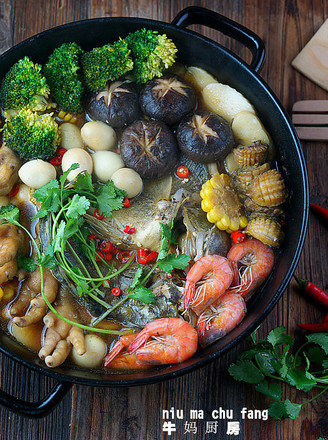 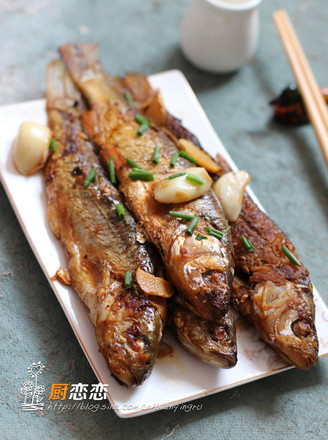 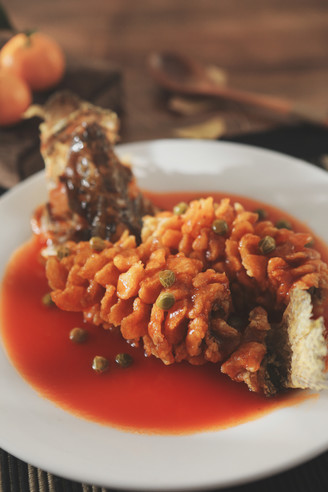 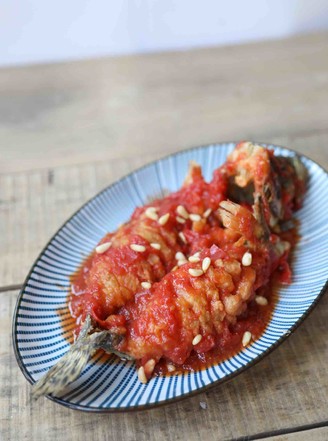 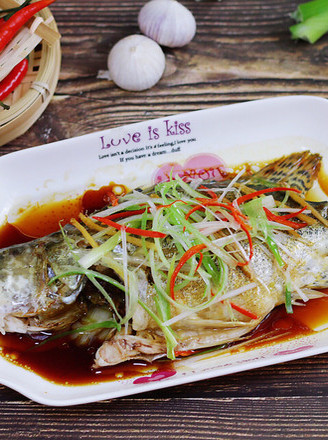 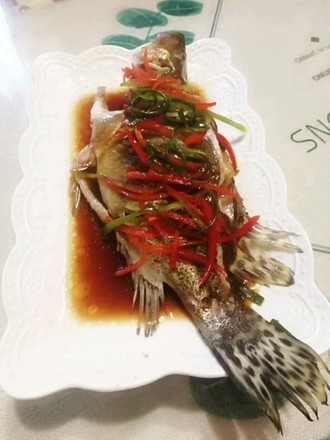 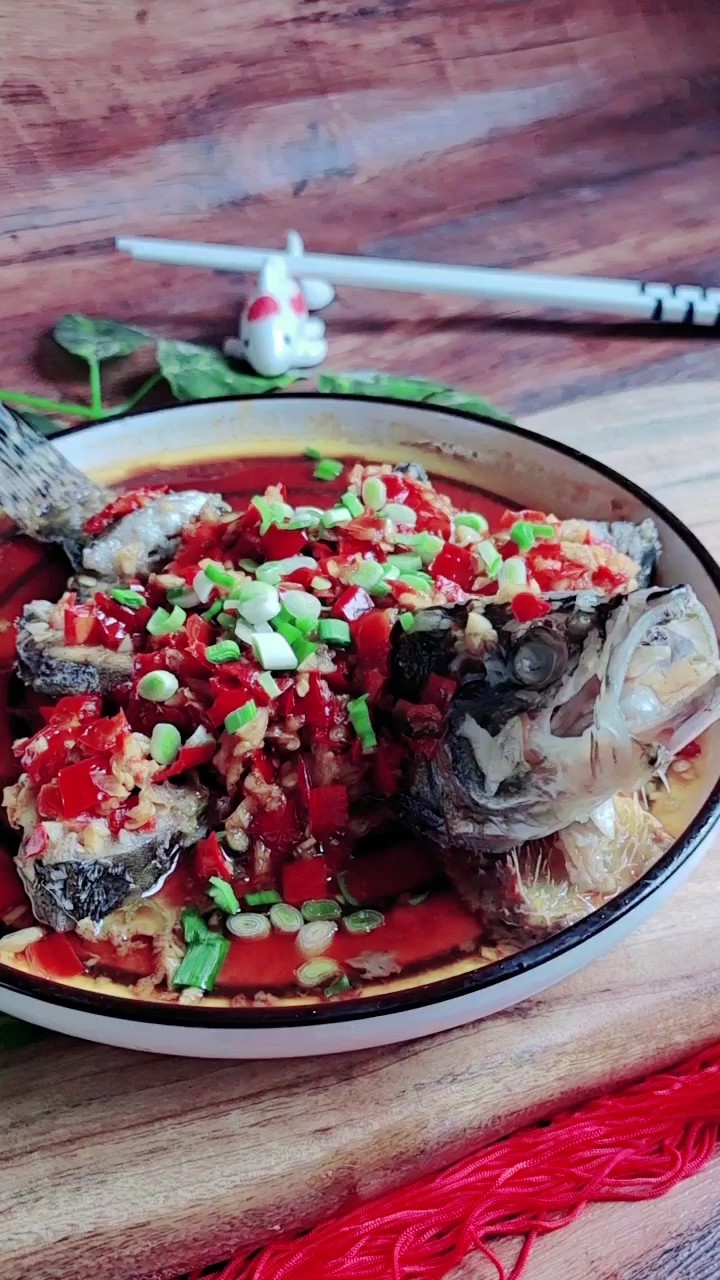 This is The Fish on The New Year’s Table, It’s Booming... Steamed with Garlic and Chopped Pepper 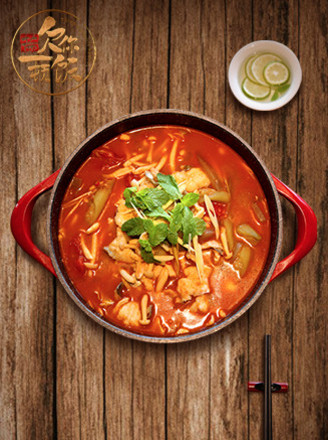 Fish in Sour Soup Along The Way