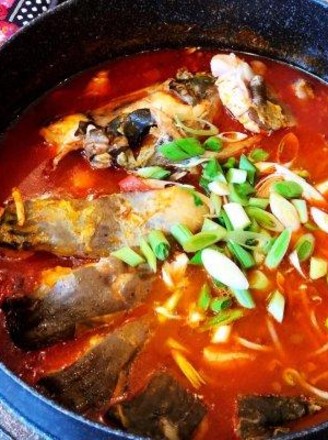 Sour soup fish is a traditional dish of the Dong people. According to textual research, this dish originated from the Yashuang area of Leidong Town, Liping County. The main raw materials are fish meat, sour soup, shankangzi and other spices. After cooking, it has a slightly sour taste, pleasant fragrance, fresh and refreshing appetizer. It is one of the masterpieces of Guizhou's "Qian series" dishes.

1. 1. I came back from Guizhou after carrying the red sour soup. The red sour soup is actually very thick. It is the undiluted tomato puree after fermentation. The ingredient list is tomatoes, salt, glutinous rice, and wine. Very sour and sour, but the sour taste is thick, not as sharp as white vinegar. So the amount of red and sour soup is adjusted according to my own taste. I like to eat sour very much. Put a bowl of rice, or half a bowl. In addition, prepare a tomato, a ginger, a few cloves of garlic, a few Chaotian peppers, and two green garlics. Twenty pieces of Mujiangzi. This one was given to me when I bought the red sour soup. It has a characteristic fragrance and looks like peppercorns. This is the best one, but if you don't have it, forget it. 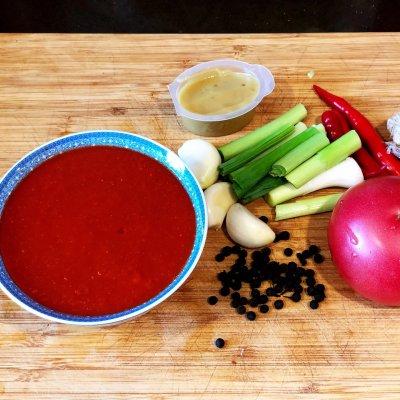 2. 2. Slice the tomatoes. If there is no red sour soup, you can use two more tomatoes, peeled and diced. Chop the other ingredients. Mujiangzi must be crushed with a knife to break the wall. The fragrance can only come out, and wood ginger oil can also be used. 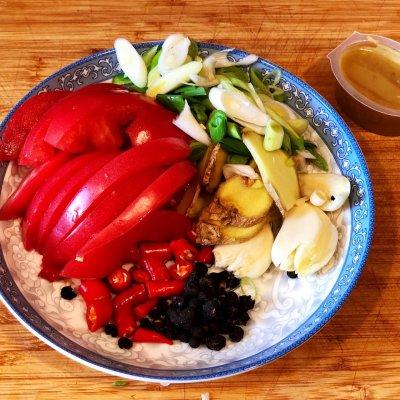 3. 3. The sour soup fish in Guizhou is heated, and it is a soup pot. In addition to the bottomed bean sprouts, after eating the fish, you can also rinse a lot of light ingredients such as vegetables, potato chips, white radish, and tofu. 4. 4. It seems that the most authentic sour soup fish uses carp raised in rice fields, but more of it is Qingjiang fish, which is soft and thornless. I also use Qingjiang fish, yellow spicy diced fish, but Guizhou dishes do not. See grass carp. 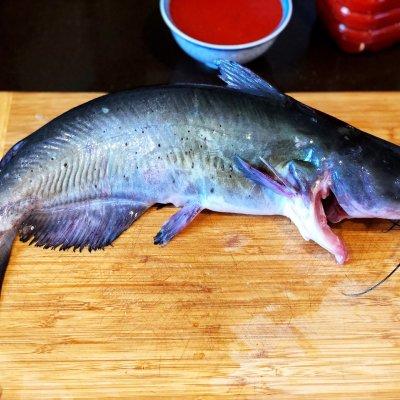 5. 5. Cut the back of Qingjiang fish a few times and connect the abdomen. Or you can just cut into sections or fillets. 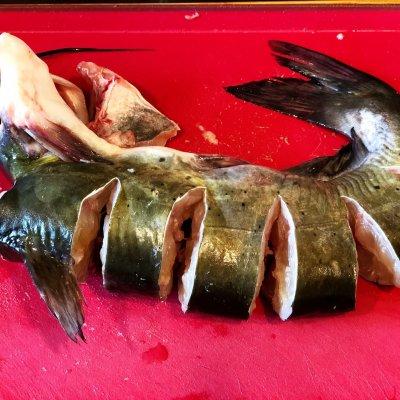 6. 6. Heat two tablespoons of oil in the pot, add ginger, garlic and chili until fragrant, add diced tomatoes when there is no red sour soup, and stir-fry into tomato sauce. 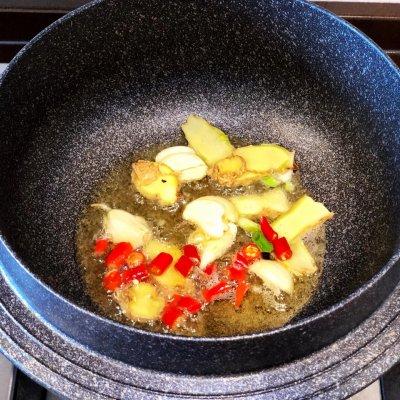 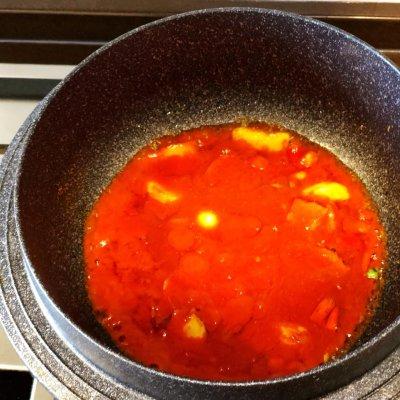 8. 8. Add sliced tomatoes, half a pot of water, and wood ginger seeds. In the end, I didn’t boil the bone broth. I put a piece of thick soup, and it was fine to add chicken essence. To taste the sour soup, I added a spoonful of sugar, a little white pepper, and a spoonful of light soy sauce to make a more suitable taste. Bring to a boil and simmer for 20 minutes. Let the ingredients taste good. 9. 9. Add Qingjiang fish, turn to low heat and simmer for ten minutes. The fish is cooked in ten minutes, but it tastes better if it is stewed for a long time. I simmered for half an hour. 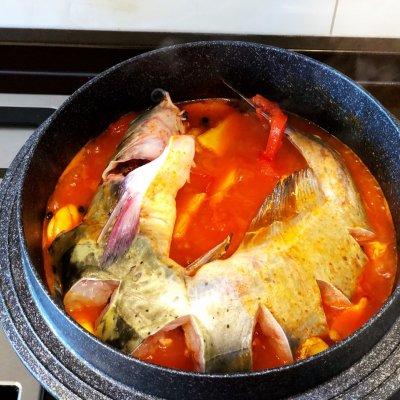 10. 10. Bean sprouts and enoki mushrooms are blanched in a separate pot. Put the fish in sour soup before coming out of the pot and sprinkle with green garlic. 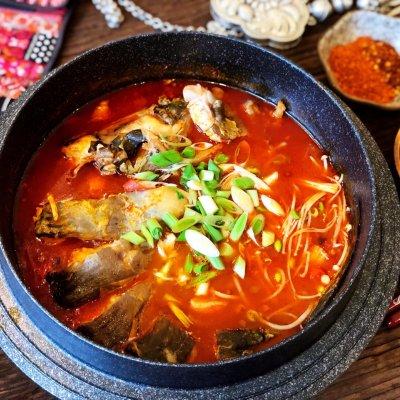 11. 11. The hot and sour and delicious sour soup fish is ready, very refreshing and appetizing, the fish is fresh and tender, and the bean sprouts are crisp. You can rinse other vegetables after eating the fish. 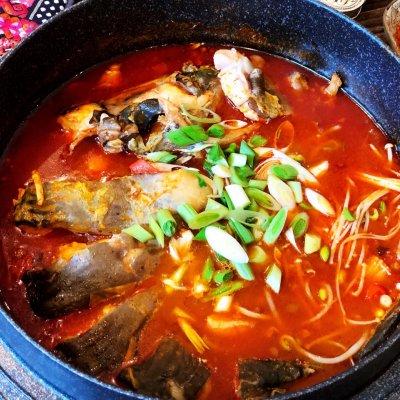 12. 12. I did two kinds of dipping in water, and they all came back from Guizhou all the way back. This kind of tuned chili noodles from Guizhou is very fragrant, and the grilled tofu and fish are very delicious. The other is garlic chili and coriander, which is also very delicious. 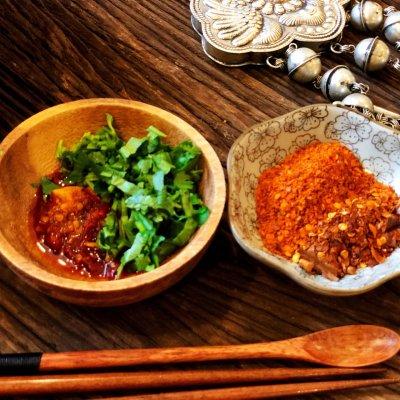 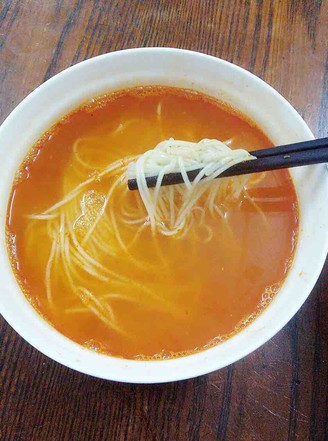 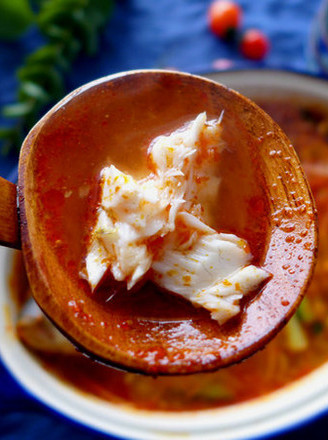 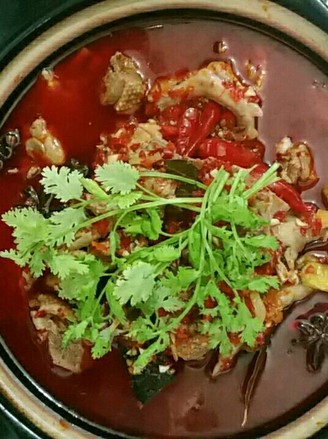 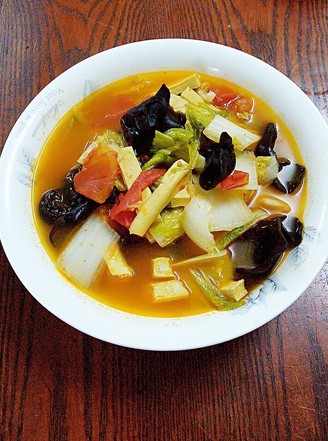 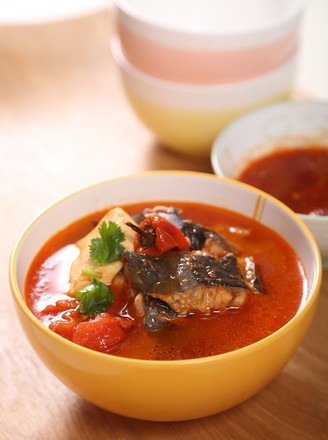 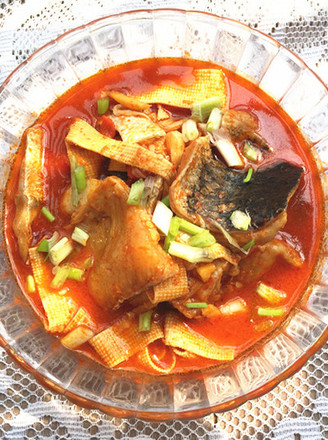 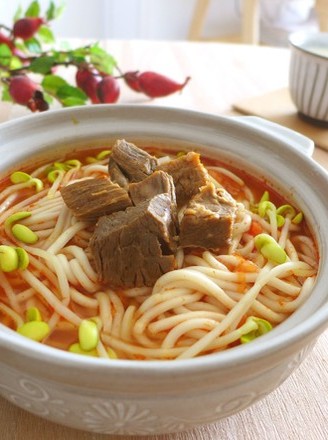 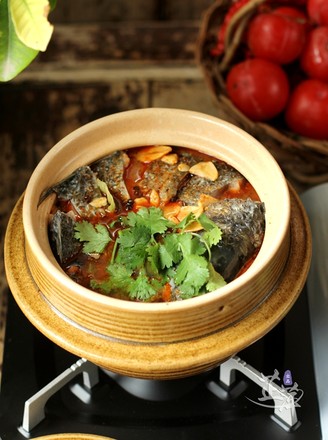