Share a delicious recipe for baby shrimp pasta. The recipe is simple. The shrimp is smooth and tender, and the taste is particularly delicious. I will give this recipe for my baby today at noon. The finished product will be out of the pot and wait for the time to take pictures, son I can’t bear it anymore, and keep talking: "I won’t move, let me smell it 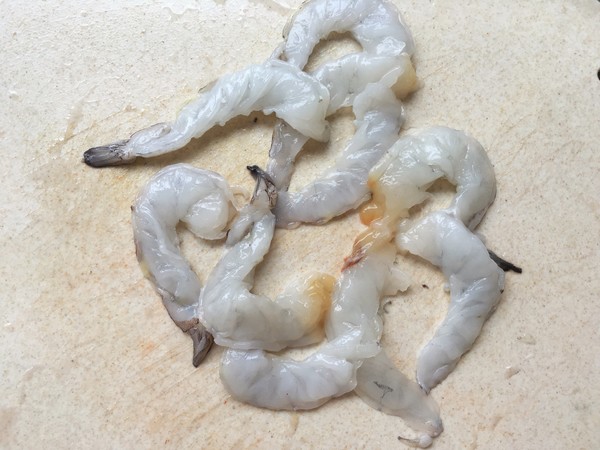 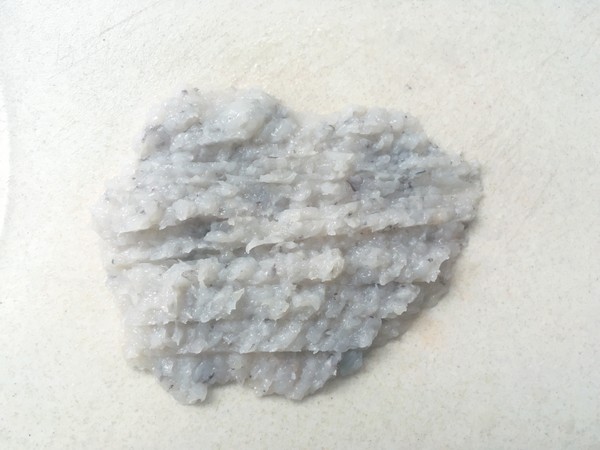 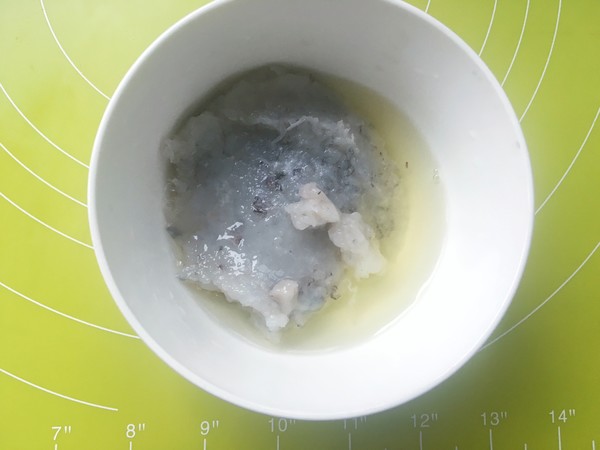 4. Add cornstarch and continue to stir evenly in the same direction with chopsticks. 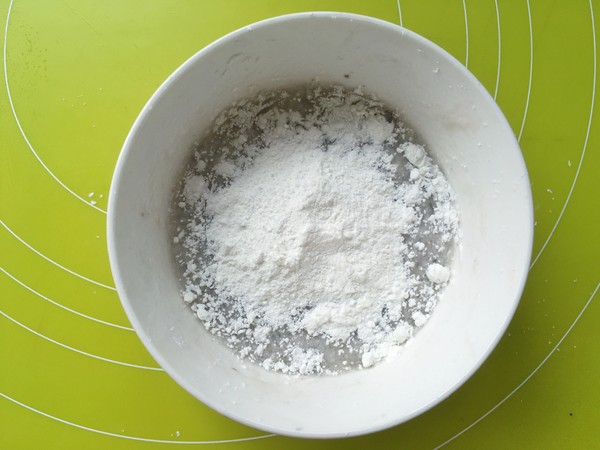 5. Add seasonings, cooking wine, oyster sauce, soy sauce and salt, and mix them in the same way. The amount of salt can be added according to the baby's usual eating conditions. 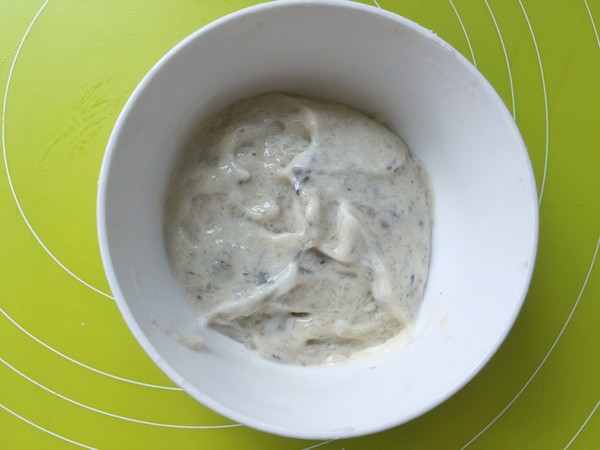 6. Then put the stirred shrimp slippery batter into a piping bag and refrigerate for later use. 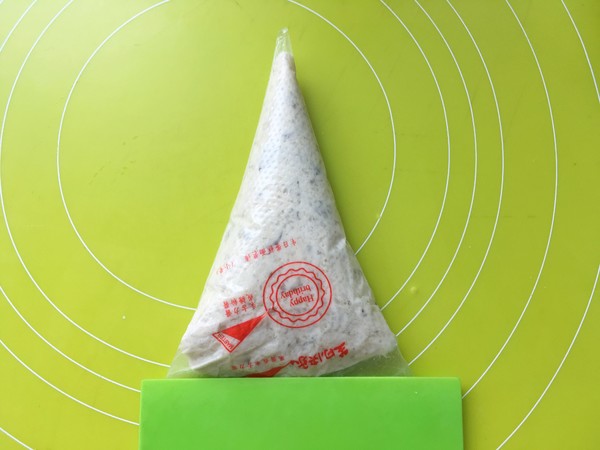 7. Carrots and milk melon slices, not too thin, a little thicker, and then use a mold to press out the pattern. 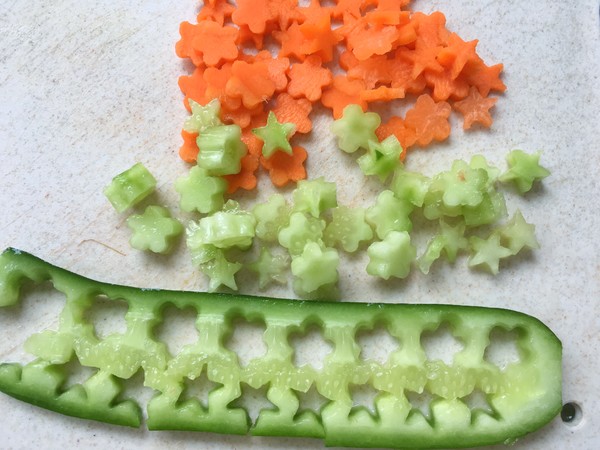 8. Add water to a small pot and bring to a boil. Add the carrot flowers and cook for 1 minute. Remove and set aside for later use. Then put the milk melon flowers in and scald for 10 seconds, remove and place on a plate for later use.

9. Pour the butterfly pasta and cook for 6 or 7 minutes. When it is boiling, use a colander to stir, or add a little cold water, then remove the cooked pasta and put it in warm water for later use. 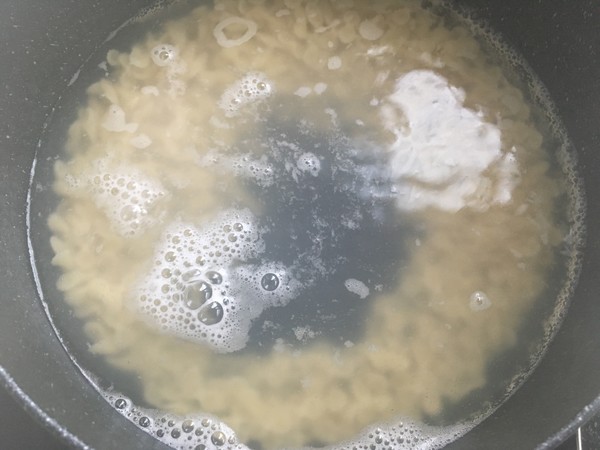 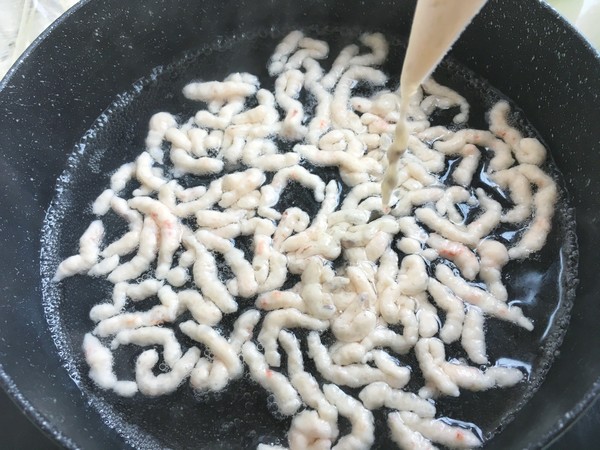 11. The tomatoes are scratched on the surface with a knife and rolled in hot water for a while to peel. Then remove the tomatoes and chop them into cubes. 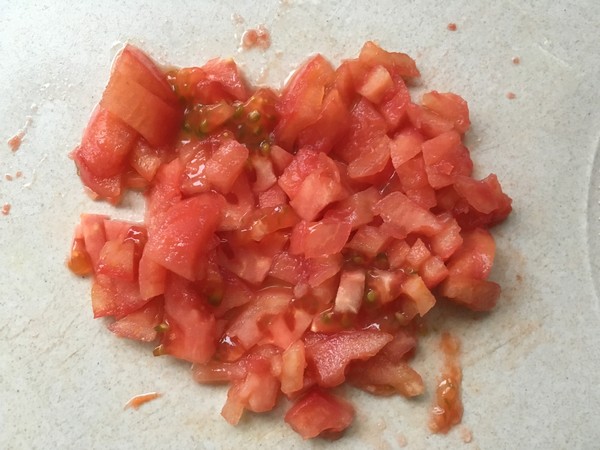 12. Add a proper amount of cooking oil to the pot. When the oil is slightly hot, add the crushed tomatoes and the tomato juice. Stir on low heat until the tomatoes become puree. For bigger ones, add a little bit of soy sauce and salt. 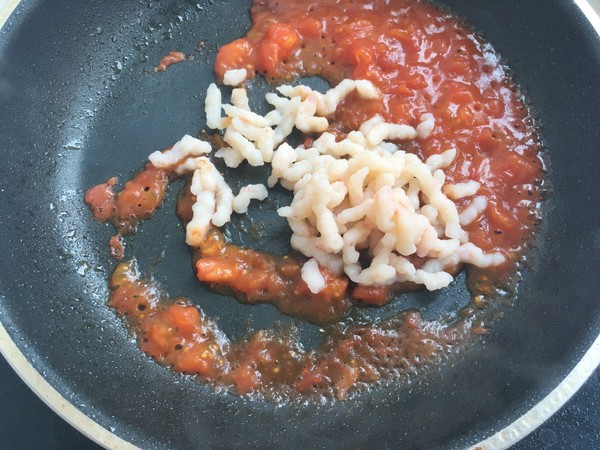 14. Put the right amount of pasta in the baby's dinner plate 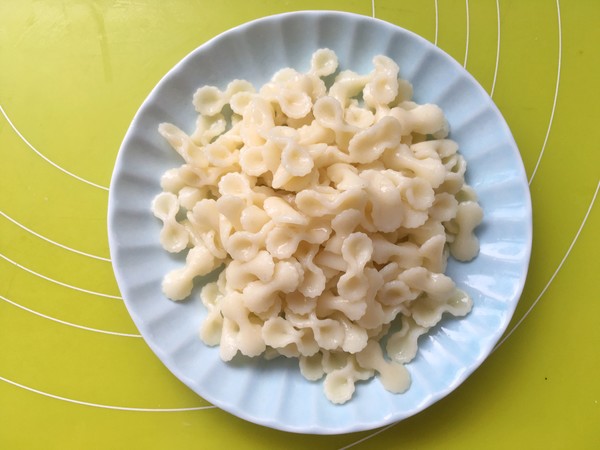 15. Top it with tomato and shrimp paste, then sprinkle with carrots and milk melon flowers to decorate, the baby's shrimp paste butterfly noodles are ready, look at whether it is very appetizing 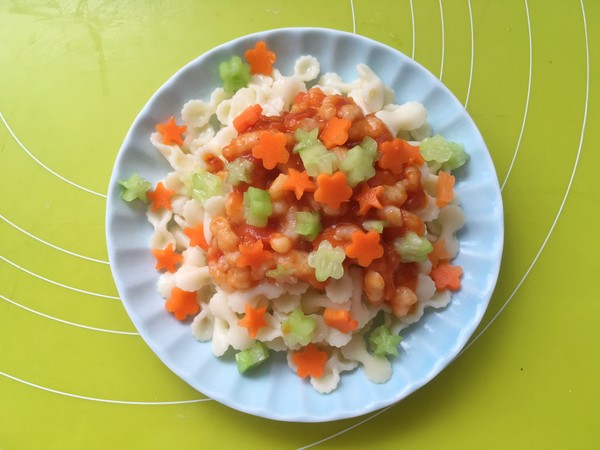 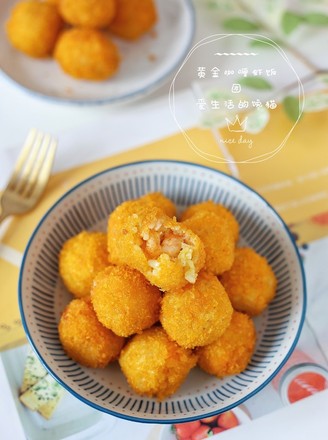 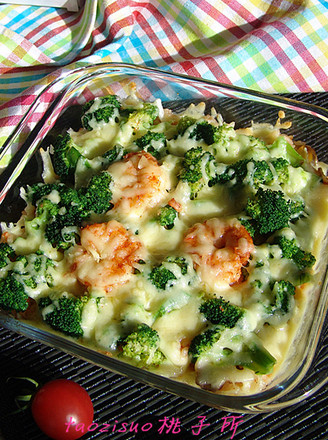 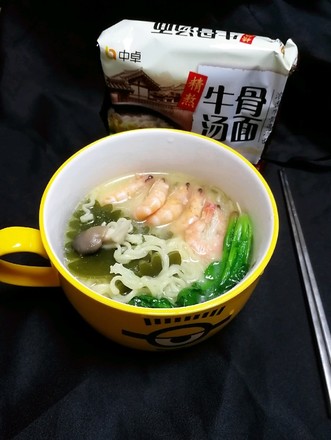 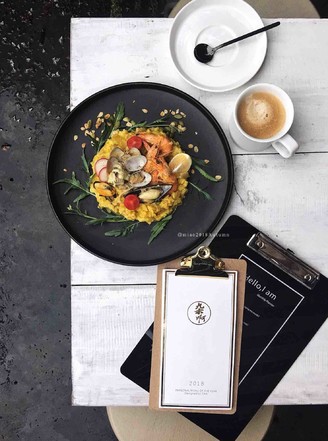 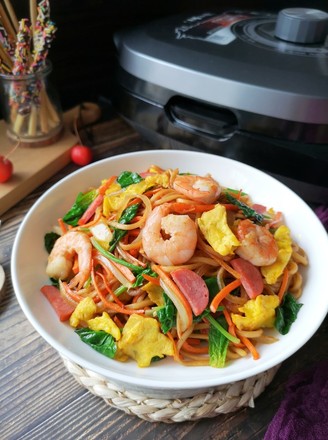 [long for A Long Time] Fried Noodles with Seasonal Vegetables 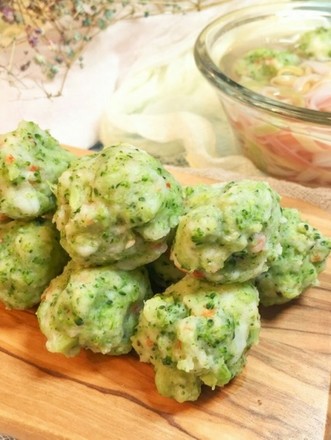