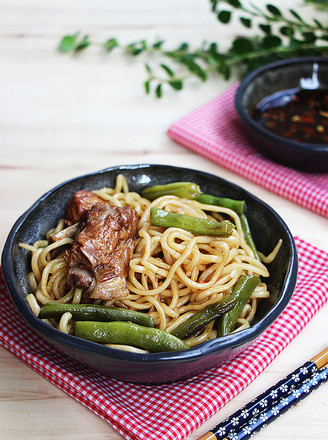 Braised Noodles with Pork Ribs and Beans is a fusion of noodles, vegetables and meat. By braising, the noodles and beans can fully absorb the aroma of the meat. Regardless of the simplicity of the recipe, it tastes unique. 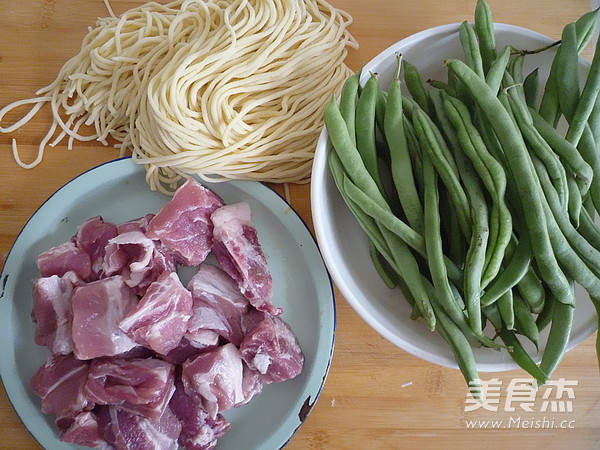 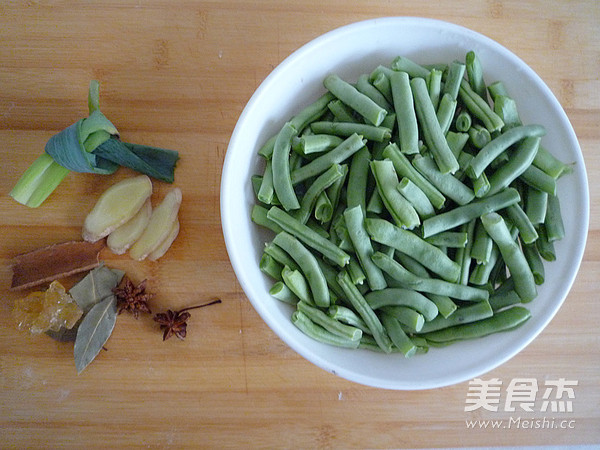 3. Pork ribs in a pot under cold water, boil for 5 minutes after high heat, remove 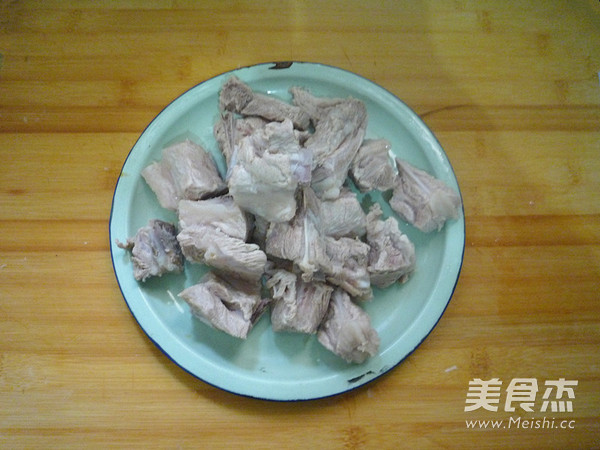 4. Re-start the pan, add a small amount of cooking oil, add the blanched ribs quickly, turn to medium heat, and fry until the surface is slightly charred. 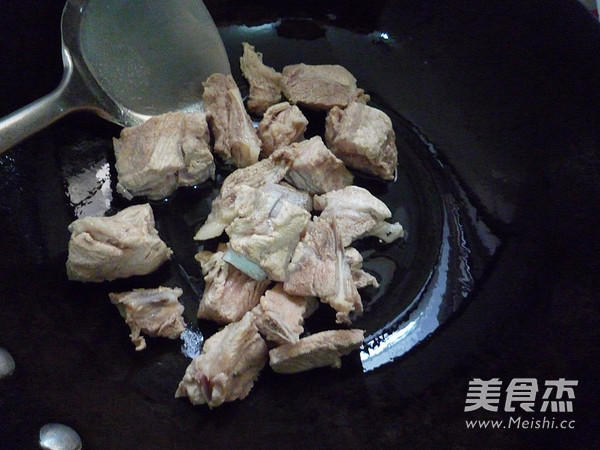 5. Add all seasonings such as scallion ginger, star anise, cinnamon, bay leaf, rock sugar and so on, and add light soy sauce to taste and dark soy sauce for coloring. 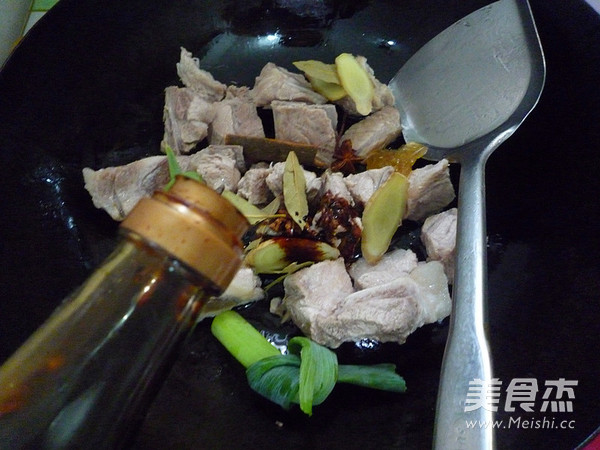 6. Stir fry evenly until the ribs are colored 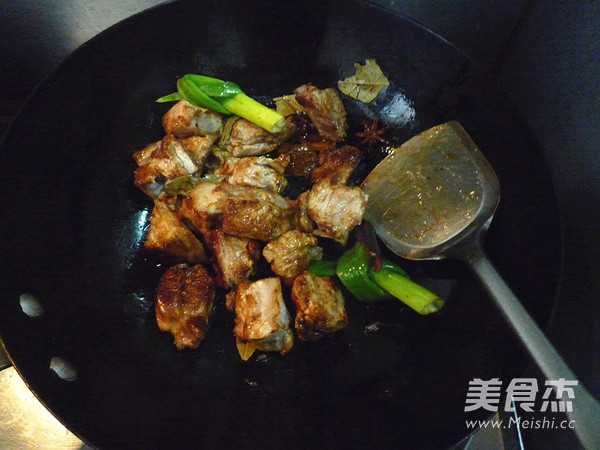 7. Add water, the water should cover the ribs, cover the pot, turn to medium heat and simmer for 10 minutes 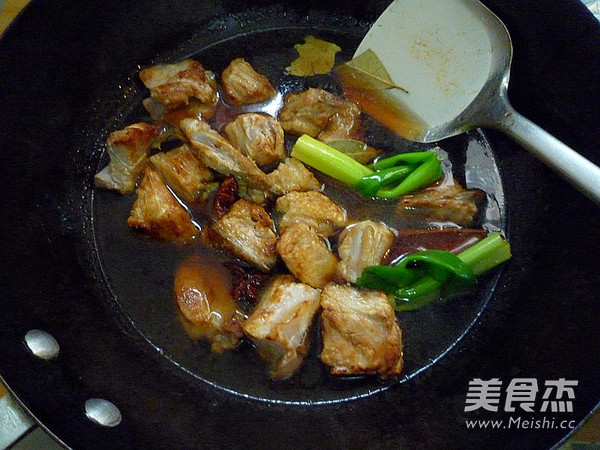 8. Simmer the ribs for 10 minutes and add salt to taste. 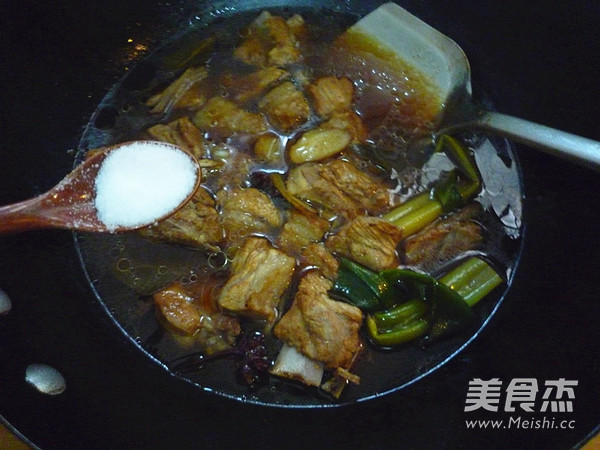 9. After adding the beans, continue to cook for 20 minutes on medium and low heat. 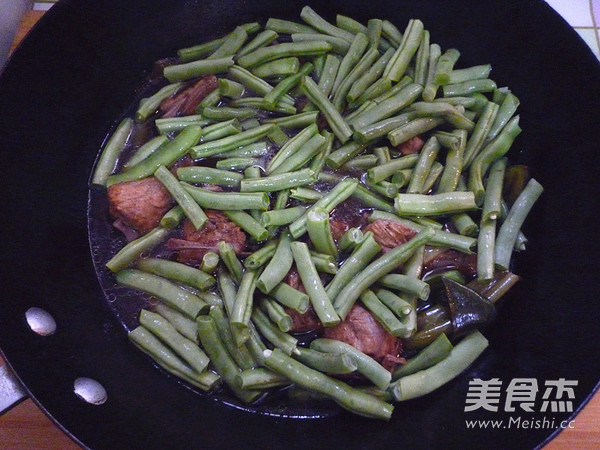 10. After about 20 minutes, there is still a little soup left in the pot. Spread the noodles on the ribs and beans, close the lid, and simmer for about 10 minutes. 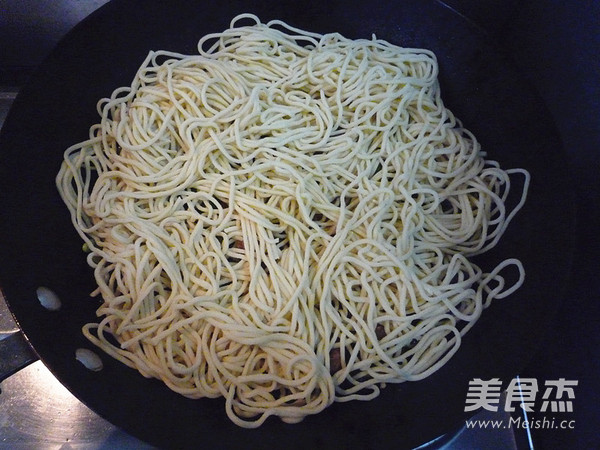 11. After about 10 minutes, open the lid, the noodles are cooked, and the soup is almost dry. Use chopsticks to quickly stir the noodles and ribs and beans and mix well. Stop the heat. The soup on the ribs and the beans and a little oil on the bottom of the pot will make the noodles taste oily and flavorful. 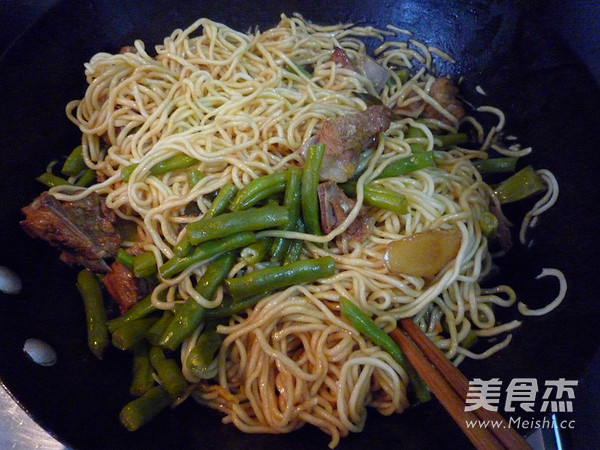 Because the ribs are not well cooked, you can also stir-fry the ribs and press them in a pressure cooker, which is faster.
The soup in the ribs must be added enough, because the noodles at the back will also suck some soup, too little soup will cause the noodles to be undercooked or sticky.
The time for braising noodles is determined by many factors, such as the amount of noodles, the thickness and hardness of the noodles, the thickness of the pot, the tightness of the lid, and the size of the fire. Ten minutes is only a rough guide. 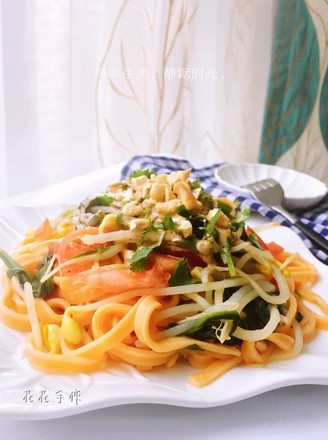 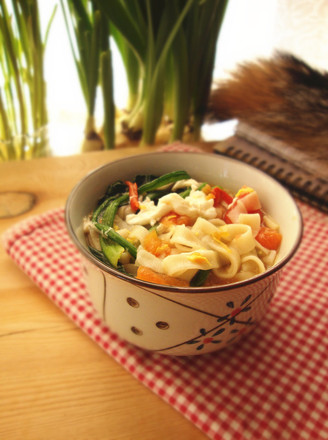 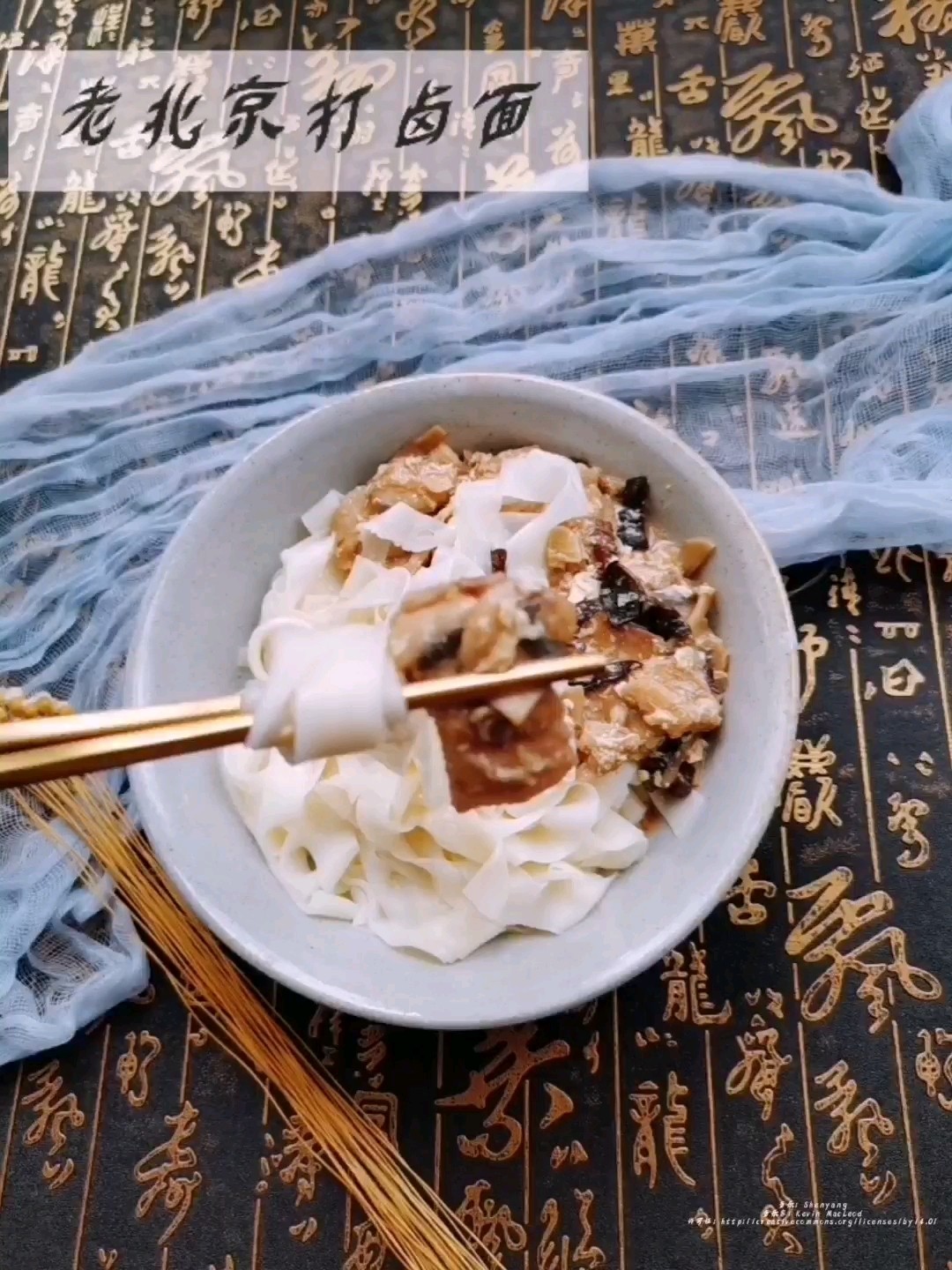 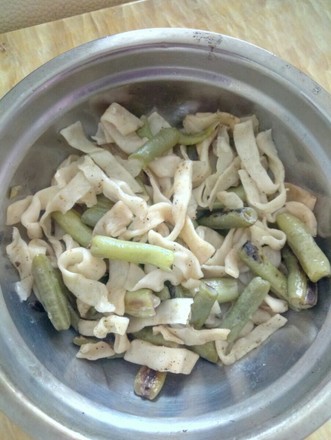 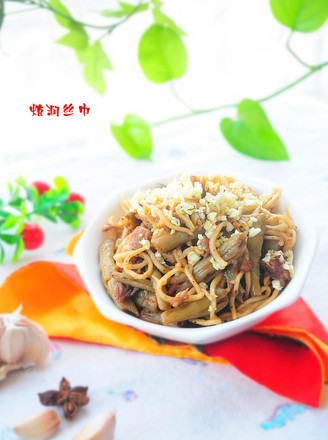