by Easy to cook

Yellow croaker, it can be said that the whole body is a treasure. The otoliths, swim bladder, fish meat, fish gallbladder, seminal vesicles and ovaries of yellow croaker can be used as medicine to treat diseases. The main component of otoliths in yellow croaker is calcium salt, which can clear away heat and drench. Fish maw contains high-viscosity colloidal protein and mucopolysaccharides, which can moisturize the lungs and spleen, invigorate qi and blood, moisturize the skin, dilute stains, and effectively slow down aging. Bile contains cholic acid, glycocholic acid and taurocholic acid, which have the effects of clearing heat and detoxification, calming the liver and lowering lipids. As for fish, low-fat and high-calcium, it has a fresh and tender taste. It is not afraid of gaining weight when you eat it frequently. It has good intelligence and intelligence. This is an advantage that almost everyone knows. There are many ways to cook yellow croaker, including steaming, braising, frying and braising, boiling soup, or deep-frying. Today I will share with you this recipe, which is more scent than dry fried crispy and steamed. The taste is crispy on the outside and tender on the inside. It is particularly irritating. A family of three and two fish will be eaten up in one meal. Those who like to eat fish, you can try it. 2. The yellow croaker directly asks the merchant to deal with it in the market. At this time, most merchants will ask you if you want to salt it, so you can readily agree to it, drop it, drop it. why? Because during the time I came back from the market, the fish was just marinated to taste, and the salt can also play a role in preserving freshness, so I can start cooking when I get home, which saves trouble. Wash the yellow croaker and blot the excess water with absorbent paper. 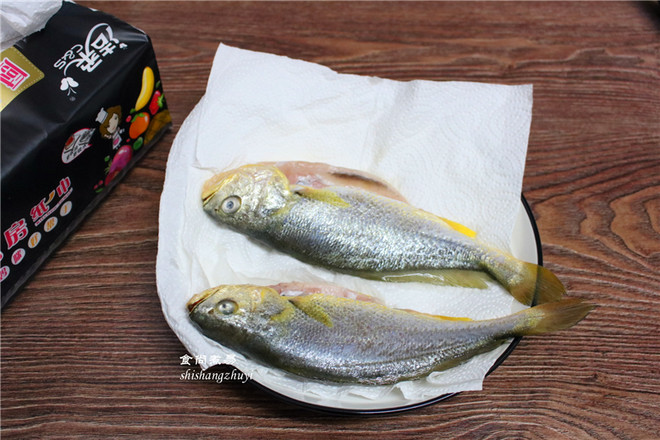 3. Cut a few diagonally on both sides of the fish to make it easier to taste and to catch the batter. 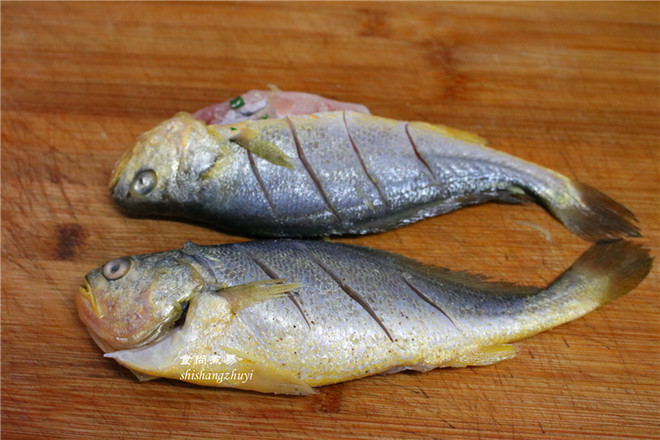 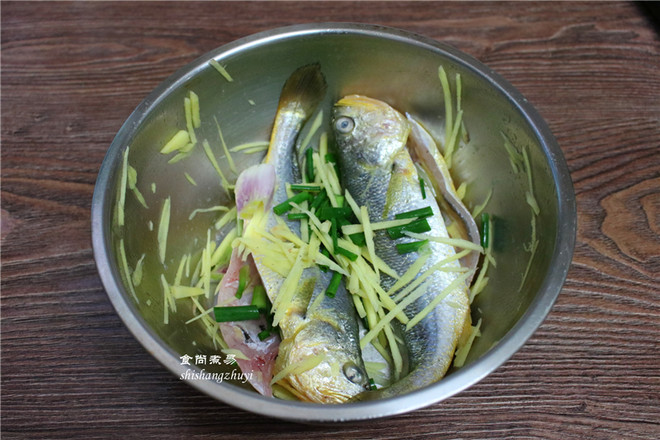 5. Put the flour in a large bowl, pour in water to make a thick batter, add 13 flavors to the batter and mix well, because it was marinated with salt in the early stage, and the sauce is added at the end. The batter does not need to be salted. 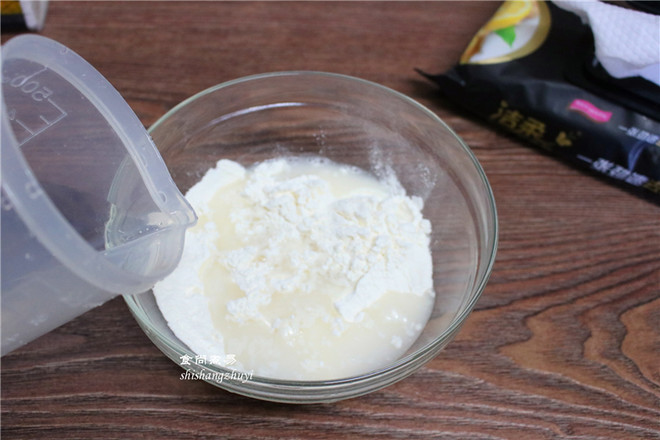 6. Roll the yellow croaker in the batter until the batter is evenly covered, lift it up and shake the excess batter into a bowl. 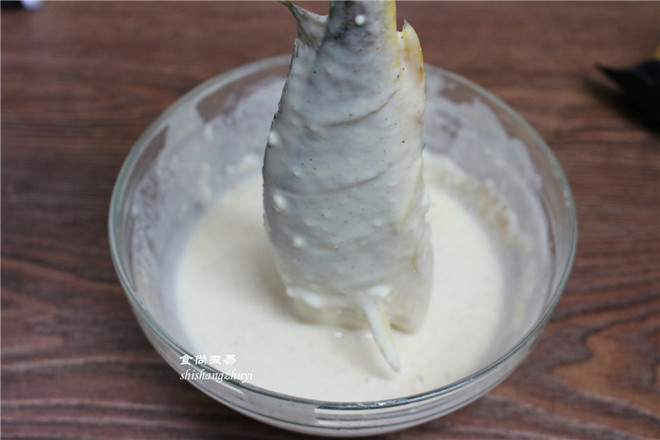 7. Heat the oil pan, wait until the oil temperature rises, and put the yellow croaker in the pan when there are bubbles around. Fry on high heat until the shape is set, then reduce to a low fire and fry for about 15 minutes. When the batter is not set, do not use a spatula or chopsticks. Flip it back and forth, otherwise the dough will fall off. 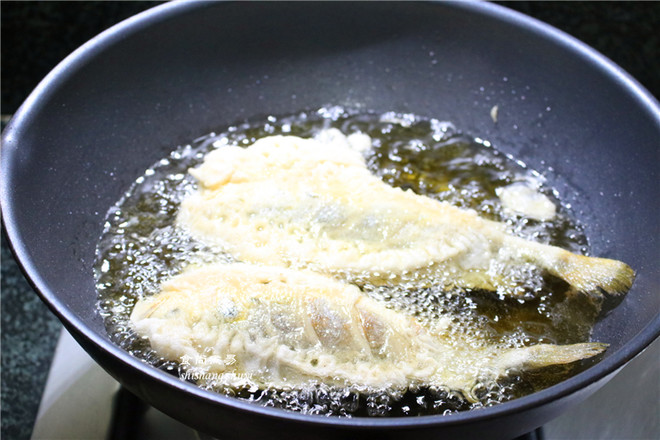 8. Fry until the yellow croaker floats automatically, which proves that the fish is basically cooked. At this time, you can turn the fish underneath with a spatula, then turn it to a high fire and fry for about 5 minutes to force out the water vapor and grease from the fish. 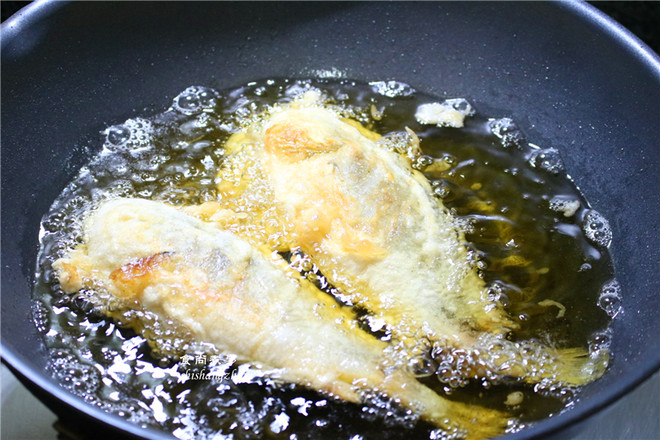 9. Fry it until both sides are browned, quickly pick up the yellow croaker, and blot the excess oil with kitchen blotting paper. 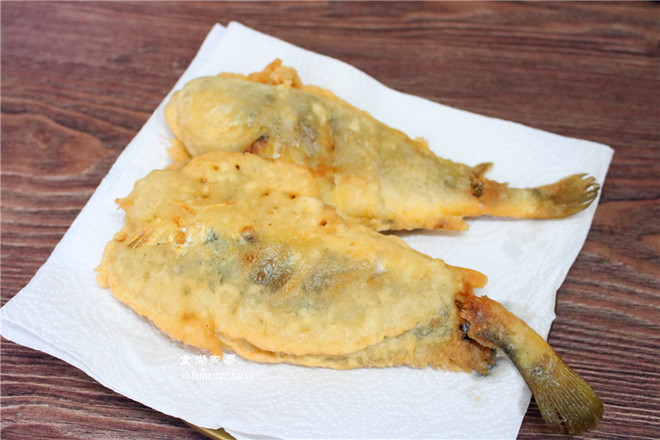 10. Pour out the cooking oil, put the ginger and green onions that have just marinated the fish into the pot, stir up the aroma on high heat, then pour 2 tablespoons of light soy sauce and bring to a boil. 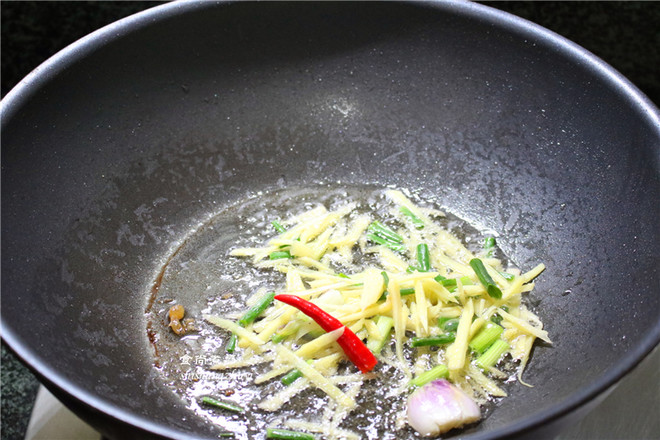 11. Strain the boiled ginger onions and discard them, leaving only the fragrant sauce. 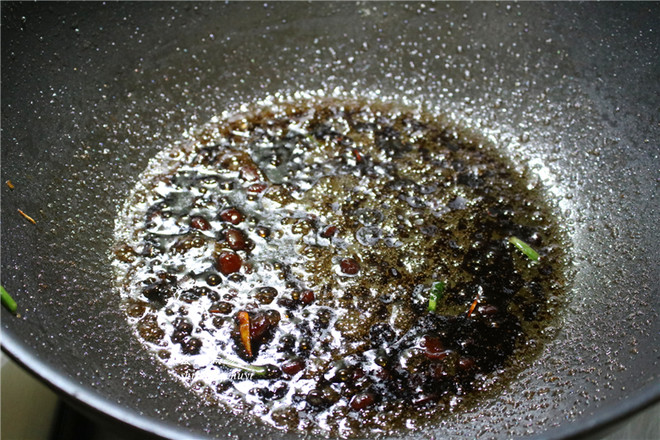 12. Sprinkle chopped green onion and red pepper on top of the fish for flavour, and pour the sauce over the fish while it is hot. 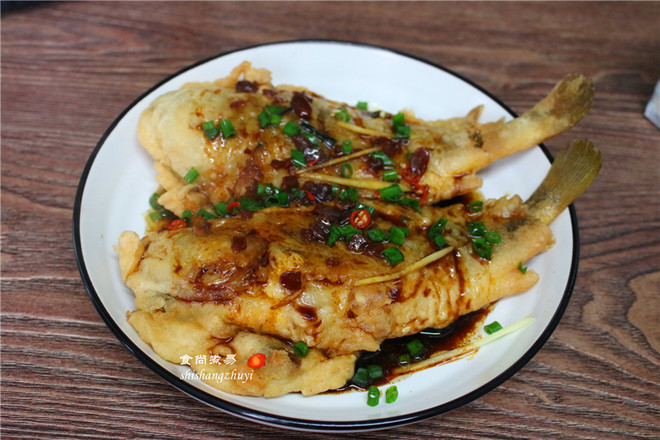 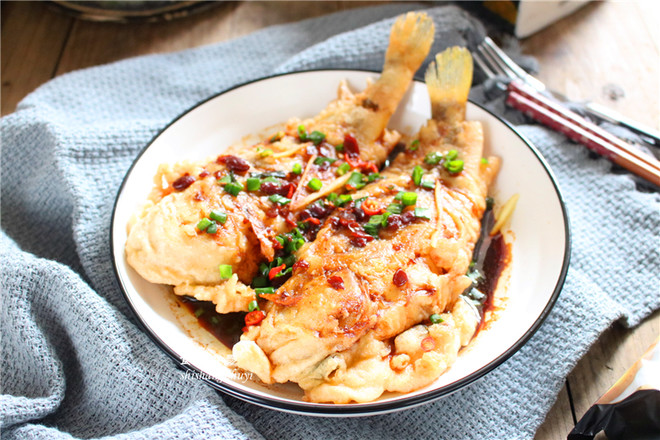 14. Crispy on the outside and tender on the inside 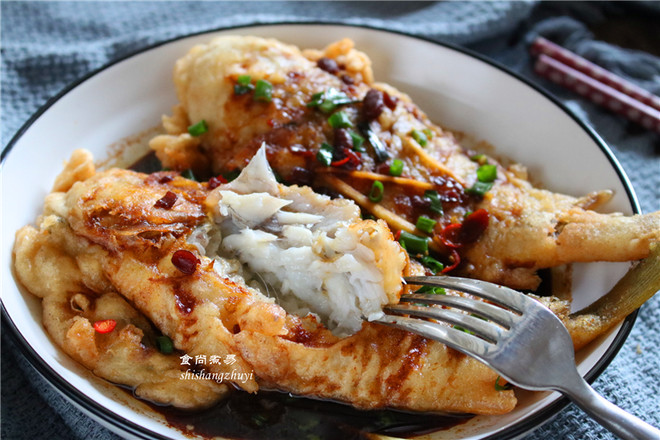 Food Tips: 1. Before the fish is fried, salt it for about 20 minutes, so that it will have a bottom taste. 2. At the end of frying, do not turn off the low heat before picking up. The high heat can quickly force out the frying and water vapor in the fish, so that the taste will be crispy. 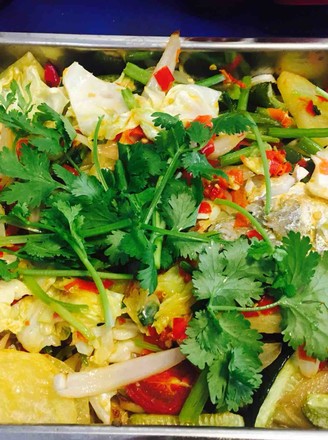 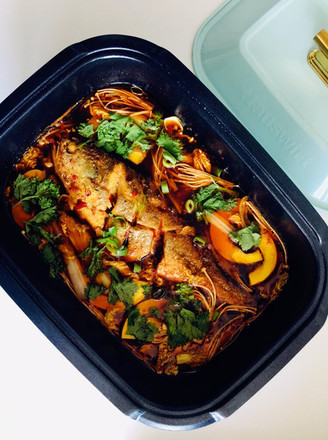 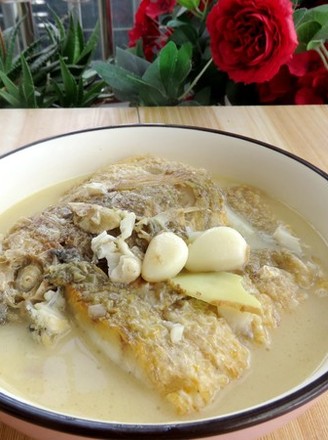 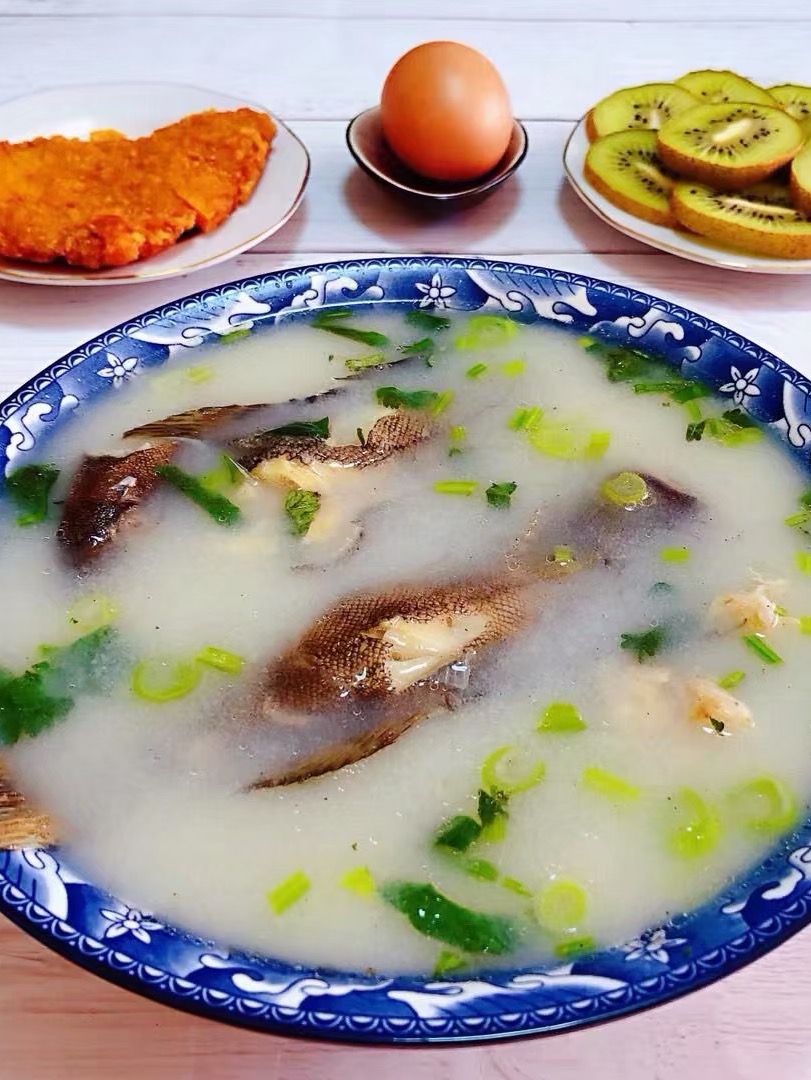